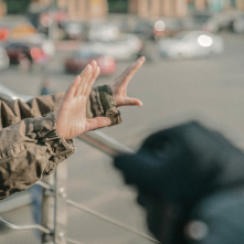 JIA Zhangke (1970, China) is a director, screenwriter and producer. He grew up in Fenyang, Shanxi province. He graduated from the film academy in Beijing in 1997. His first feature, Pickpocket (1998), won him awards at film festivals in Berlin, Pusan, Vancouver and others. With films like Platform (2000) and Still Life (2006) he became a prominent figure in the film scene, both in China and the rest of the world. Many of his films have been shown at IFFR. In 2015, he was awarded the Golden Coach to honour his entire body of work. Jia is at the forefront of China’s indie cinema. Ash Is Purest White (2018) is by far his most expensive film to date. His films often blur the line between fiction and documentary.