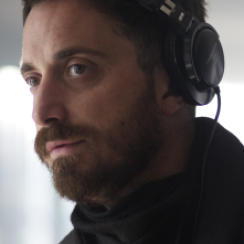 Pablo LARRAÍN (1976, Chile) studied Audiovisual Communication at UNIACC University. He is a founding member of Fabula. In 2006 he made his debut film, Fuga. His second feature, Tony Manero, premiered in Cannes in 2008 and later won the KNF prize in Rotterdam. With his successive films Post Mortem and No, he completed his trilogy about Chile under the Pinochet regime, and moved in a different but equally successful direction in 2015 with El Club. In 2016 he released two biographical films: Neruda, about the Chilean poet Pablo Neruda, and his English-language debut Jackie, about Jackie Kennedy Onassis. In 2019 he returned to Santiago, Chile, for Ema, which premiered at the Venice Film Festival.