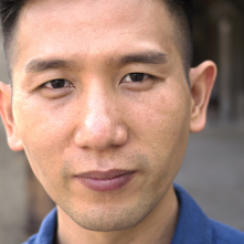 MIDI Z (1982, Burma) grew up in Burma/Myanmar but moved to Taiwan when he was 16, where he studied Film Directing. In 2009, he was named one of the most prominent directors by the Taipei Golden Horse Film Academy. Return to Burma, his debut feature, was selected for the Tiger Awards Competition in 2012 and The Palace on the Sea led to a Tiger Award nomination in 2014. Jade Miners (2015), his first documentary, was also selected for IFFR 2015. The Making of [5x1] is his first foray into Virtual Reality.