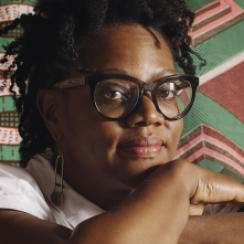 Cauleen SMITH (1967, USA) is inspired by structuralism, Third World cinema and science fiction in her interdisciplinary filmmaking practice. She studied Creative Arts at San Francisco State University and obtained an MFA from the University of California, Los Angeles School of Theatre Film and Television. She now works as a faculty member at the Vermont College of Fine Arts. Her films and installations have been exhibited in The Kitchen, MCA Chicago and Threewalls Chicago and featured in many group exhibitions around the world including Houston, New York, Leipzig and Berlin.