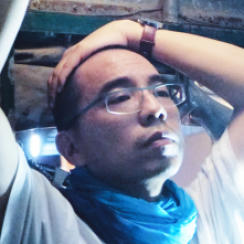 Apichatpong WEERASETHAKUL (1970, Thailand) studied Architecture in Thailand and was educated in filmmaking in Chicago. He is one of the few Thai filmmakers who work outside the strict Thai studio system. His films and installations often deal with memory, and address personal, politic and social issues. Weerasethakul often adds an unconventional narrative structure to his films and likes to work with non-actors. His body of work has brought him international recognition and numerous festival prizes, such as a Golden Palm for the film Uncle Boonmee Who Can Recall His Past Lives in 2010. In Cannes, Cemetery of Splendour (2015) was nominated in the section Un Certain Regard. In September 2016 Weerasethakul received the prestigious Grote Prins Claus Award.