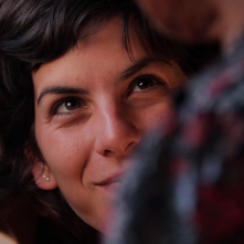 Since 1999, Clarissa CAMPOLINA (1979, Brazil) has been making films and installations. She also works as an editor. She studied Communication and was educated in Fine Arts. Her first feature film, Girumunho/Swirl (2011), won the Interfilm award in Venice. In collaboration with Julia De Simone and the Pretti brothers, Campolina made  Oporto/The Harbor (2014), a creative documentary nominated for a Tiger Award in the Short Film competition at IFFR 2014. In 2015, the DAAD – Art Residency Programme organised a retrospective of her work in the Arsenal Cinema in Berlin.