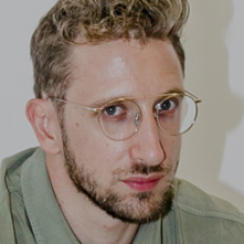 The 'politics of listening' is the specialist subject of Lawrence ABU HAMDAN (1985, Jordan). The Beirut-based artist and audio investigator creates films, installations, graphic design, sculptures, photography and performances which explore the intersection between sound and politics. His work received a Nam June Paik Award and Baloise Art Prize and he is no stranger to Rotterdam: he won the Tiger Short Award at IFFR 2017 for Rubber Coated Steel. His investigations, conducted as part of his PhD research for Forensic Architecture at Goldsmiths College London, have furthermore had real-life impact when used as evidence at the UK Asylum and Immigration Tribunal and by Amnesty International and Defence for Children International. His film Once Removed (2019) will be screened at IFFR 2020 as part of Bright Future Short.