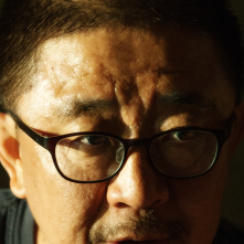 ZHANG Lu (1962, China) is an ethnic Chinese living in Korea, like the main character of his film Grain in Ear (2004). He studied Chinese literature at Yanbian University in Yanji, eastern China. Zhang began his career as a writer of novels and short stories. His directorial debut was the short film Eleven (2000). Zhang was awarded Best Direction for Grain in Ear at the Durban Film Festival in 2007 and earned Best Director for Gyeongju (2014) at the Korean Association of Film Critics Awards. A Quiet Dream (2016) is his eleventh feature-length film.[please note for the Dutch: Zhang is Chinese, living in Korea= JB]