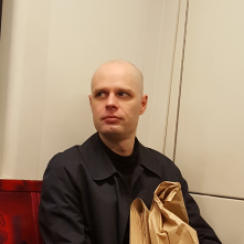 Wojciech BĄKOWSKI (1979, Poland) is a visual artist, poet and musician. He was educated at the Academy of Fine Arts in Poznan. In 2007 he co-founded the artistic group Penerstwo. Bąkowski is a member of the music bands KOT and NIWEA. His body of work as a filmmaker consists mainly of animated films. In 2015 he was awarded the Grand Prize at the 61st International Short Film Festival Oberhausen, Germany. His work and films have been shown around the world.