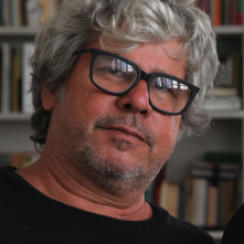 Sérgio OLIVEIRA (1960, Caruaru, Brazil) studied Psychology before he started working as a filmmaker. He is interested in both fiction film and documentary. In 2011, Oliveira made his first feature awarded documentary together with Renata Pinheiro with whom he often works, Wanderers (2011). His documentary The Desert of Soara (2016) won best direction in Rio de Janeiro. Pinheiro and Oliveira founded the production company Aroma Filmes together in Brazil.