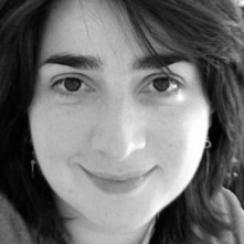 Rusudan PIRVELI (1975, Georgia) graduated from the Department of Japanese Language at Tblisi University and was educated in film direction at the Georgian State Institute of Theatre and Film. She directed numerous documentaries and short films and is also active as an editor. Her short films were screened at several international film festivals. Susa is Pirveli's first feature film. It will have its world premiere during the Rotterdam film festival 2010.