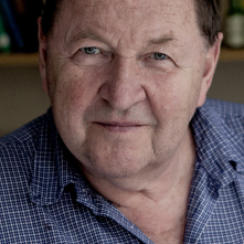 Director, writer, cinematographer and producer Roy ANDERSSON (1943, Sweden) graduated in 1969 from the Swedish Film School. The following year, his first feature, A Swedish Love Story, won four prizes at the Berlin Film Festival. Andersson's second feature, Giliap, premiered at the Directors' Fortnight at Cannes in 1976. Following Giliap, Andersson took an extended break from filmmaking and became a successful commercials director, enabling him to establish Studio 24 in Stockholm in 1981. Andersson began filming Songs from the Second Floor in his studio in 1996, and won the Special Jury Prize at the Cannes Film Festival in 2000. It was the first chapter of The Living Trilogy, which was followed up in 2007 with You, the Living, selected for Un Certain Regard in Cannes.

In 2009, the Museum of Modern Art in New York held an exhibition of Andersson's work, celebrating his distinctive filmmaking style, characterised by stationary shots, meticulously conceived tableaux, absurdist comedy and an essential humanity. Fifteen years in the making, Andersson's A Pigeon Sat on a Branch Reflecting on Existence was awarded the Golden Lion for Best Film at the 2014 Venice Film Festival. About Endlessness premiered at Venice Film Festival in 2019.