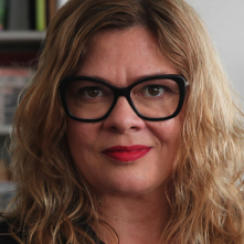 Renata PINHEIRO (1970, Recife, Brazil) started her career as a visual artist and participated in several exhibitions in Brazil and abroad. In 2002, she studied at the Institut National de l'Audiovisuel in Paris and made her first short film, Maria Alice. In 2011 Pinheiro made her first feature documentary, Wanderers, with Sérgio Oliveira, with whom she often works. Her independent debut feature Love, Plastic and Noise won 15 awards, e.g. best film at Brafftv festival in Canada. Pinheiro and Oliveira founded the production company Aroma Filmes together in Brazil.