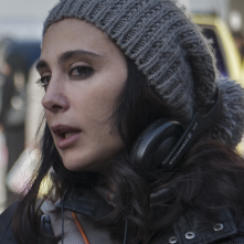 Nadine LABAKI (1974, Lebanon) is an actor, screenwriter and director. She completed her Audiovisual Studies at Saint-Joseph University in Beirut. Labaki grew up during the years of civil war. Her feature debut Caramel (2017) premiered in Cannes and received many awards. In 2018, Labaki became the first female Arab filmmaker to win a major prize in competition when her latest feature Capharnaüm/Capernaum (2018) received the Jury Prize in Cannes.