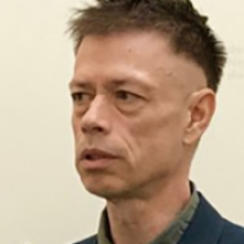 Mike HOOLBOOM (1959, Canada) began as a filmmaker with his father's Super-8 camera at a young age. He explored many experimental film strategies and eventually established his name with the short film White Museum (1986). Hoolboom worked as artistic director of the Images Festival and experimental film coordinator at the Canadian Filmmakers Distribution Centre. His 2015 short movie Scrapbook won Best Short Film at the Edinburgh International Film Festival. In 2017, he received a Governor General's Award in Visual and Media Arts.