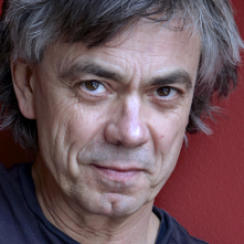 Carel VAN HEES (1954, Rotterdam) is well-known for his work as a photographer. For the past few years, he has been concentrating more and more on making video installations and films. His first documentary Saxman was screened in Rotterdam in 1996. In 2003 he received the Cultuurprijs Zuid-Holland for his whole oeuvre.