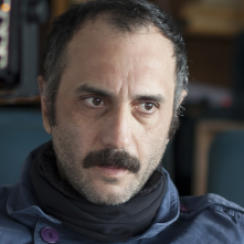 Babis MAKRIDIS (1970, Greece) was educated in film at the Stavrakos Film School. He has made a large number of TV commercials. His short film The Last Fakir (2005) was awarded the Newcomer's Prize at the Drama Short Film Festival in Greece. His debut film L (2012) was selected for the competition at Sundance, the Hivos Tiger Competition at IFFR and many other film festivals. Birds. Or How to Be One is his third feature.