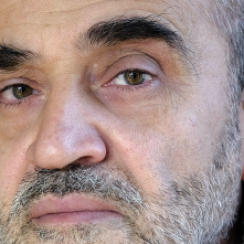 Arsen AZATYAN (1959, Armenia) studied film directing at the culture faculty at Yerevan Pedagogical University, where he met Nariné Mkrtchyan. Since their graduation in 1981, they have cooperated as filmmakers, first with the state studio Armenfilm and since 1990 in their own company Aysor-Plus Film Productions, the first independent production company following the disintegration of the Soviet Union. Their films participated in several international film festivals, including Berlin, Locarno and Rotterdam.