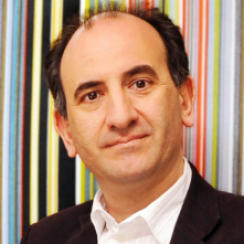 Armando IANNUCCI (1963, Scotland) is a filmmaker, writer, TV director and radio producer. He studied at the University of Glasgow and the University of Oxford, and then pursued a career in comedy. He worked for BBC Scotland and BBC Radio 4 and created the famous comedy character Alan Partridge. Iannucci worked for the BBC again from 2005 onwards, where he created the satirical sitcom The Thick of It (2005–2012) and the related spin-off film In the Loop (2009). For HBO he created another political satire TV series, Veep and was its showrunner from 2012 to 2015. In 2017 he directed the feature film The Death of Stalin.