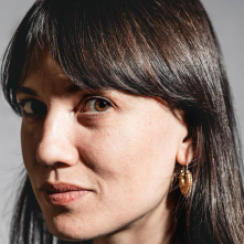 Artist and filmmaker Ana VAZ (1986, Brazil) graduated from both the Royal Melbourne Institute of Technology and Le Fresnoy. Her film debut was the experimental short film Sacris Pulso (2008). Since then, she has made several short films which have screened at film festivals in New York, Toronto and London, among others. Her experimental short Há terra! (2016) screened at IFFR in the Bright Future programme. In her work, Vaz uses assemblages of found and shot footage to "critically experiment with the visual, oral and acoustic traces of historical, geographical and political entanglements".