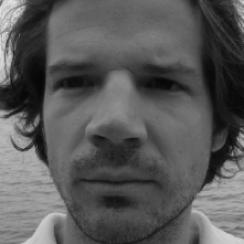 Alexandre LAROSE (1978, Canada) is a French-Canadian filmmaker based in Montreal. While completing a bachelor in Mechanical Engineering, Larose began experimenting with the medium of film using the Super-8 format. He completed a BFA in cinema at Concordia University in Montreal. Larose's body of work is characterised by his scientific appoach to the medium. In his ongoing series brouillard, the Canadian landscape is captured in an extraordinary way.