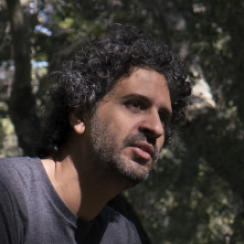 Alejandro BRUGUÉS (1976, Argentina) studied advertising, psychology and philology, and graduated in screenwriting from the San Antonio de los Baños’ International School of Film and Television (EICTV) in Havana. He is a writer and director, known for Juan of the Dead (2011), ABCs of Death 2 (2014) and Nightmare Cinema (IFFR 2019), which he co-directed with Joe Dante, Mick Garris, Kitamura Ryuhei and David Slade.