The first scene lingers. Motionless, two men hold a woman suspended — trapped and unmoving in a net — as a waterfall soaks them. Our view is continuously obscured by droplets while we are forced to wait in silence. An eternity of roaring violence from nature is disrupted when the camera lens is wiped and we are informed, once again, that this is a film and that we are witnessing someone’s gaze.

This is how The Eternal Springtime begins.

With a deeply personal filmmaking style, writer-director Việt Vũ’s fourth short film utilises long takes to create a sense of intimacy that slowly disrupted at the climax of the film using portrait images realised at the Hanoi Doclab in 2017. He continues his exploration of time, memory, and internalised de-colonisation through the short film format. I was lucky enough to talk to Việt Vũ about his entry in the Ammodo Tiger Short Competition and his filmmic journey. 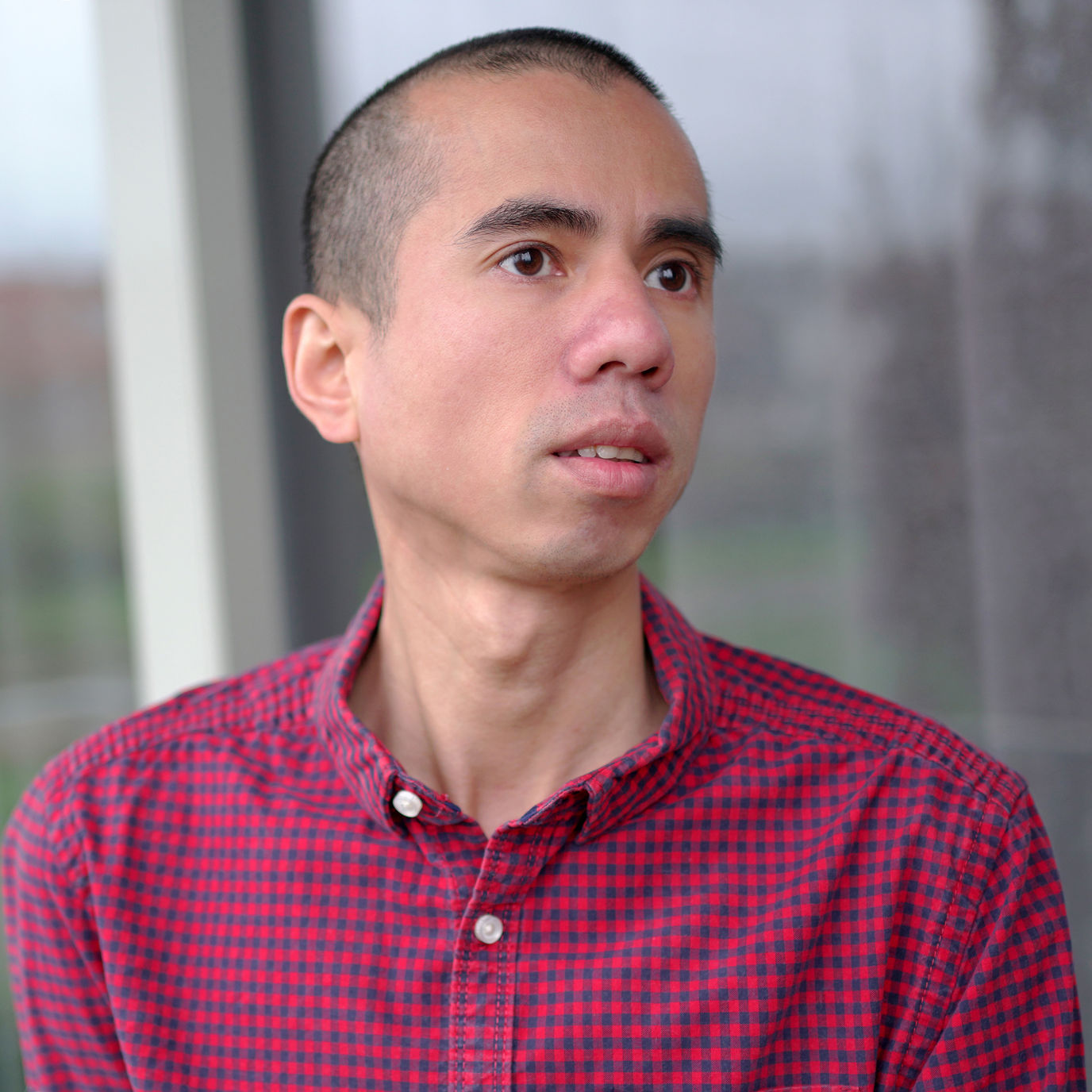 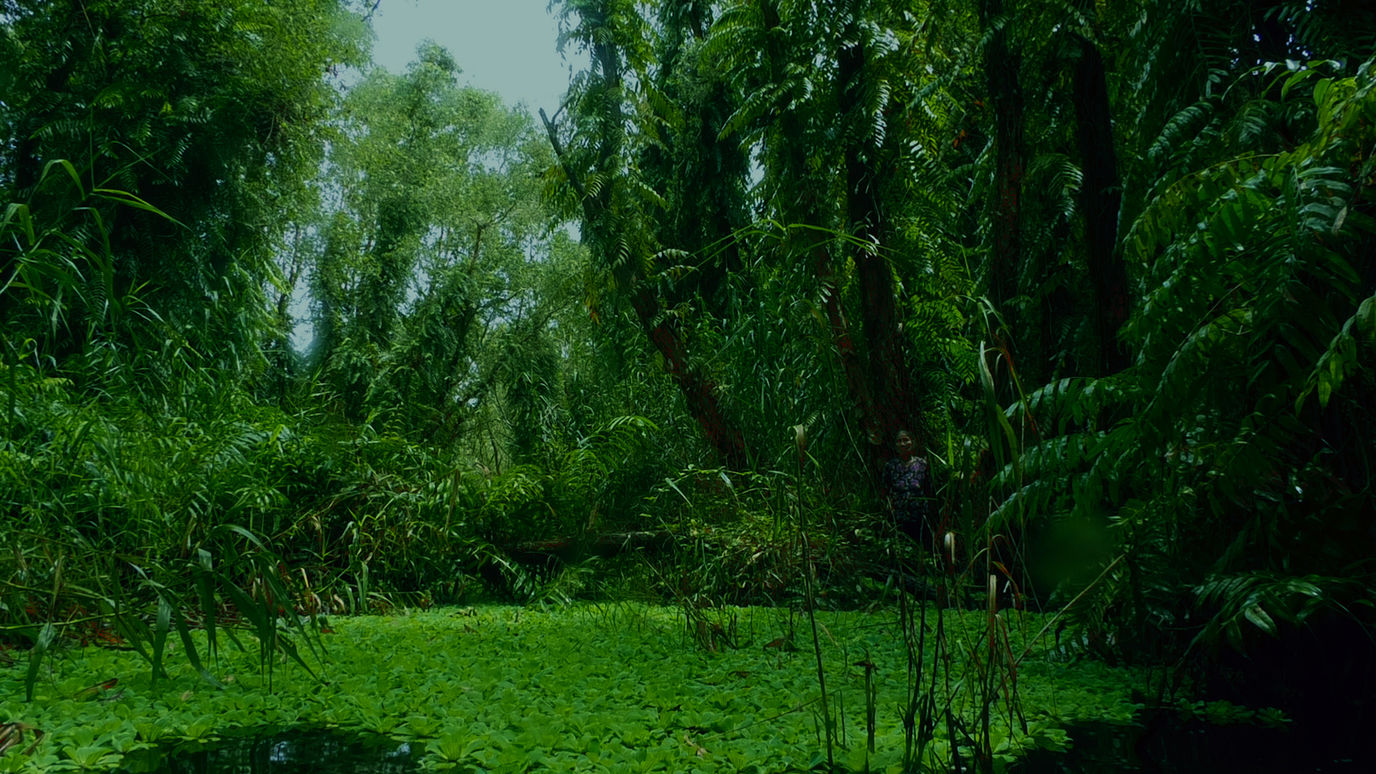 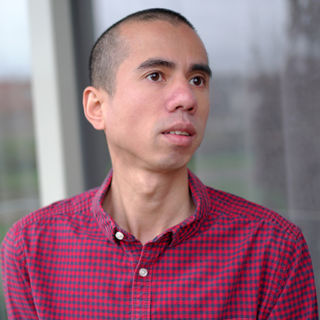 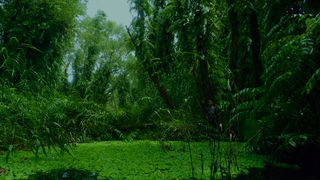 Your film is anchored in this mother-son relationship. Was this drawn from your own relationship with your mother?

Yes, it was inspired by my own relationship with my mom. I used to be an annoying kid who attached to my mom everywhere as I was a child. I also had a beautiful childhood surrounded by nature, just as the nature in the film. However, when I reached 18, I had existential anxiety because I changed to adapt to the world of adults while my hometown changed from a rural area into an urban one. High-rises with concrete buildings replace trees, lakes, damps and natural spaces. That departure is sometimes not easy to accept personally. I think Asian audiences may find themselves relating to this story because we have similar new generations of sons and daughters who right now have to depart from our older generations’ customs, beliefs & values – as of our moms’ or grandmoms’ ones.

How did you find and choose the location for this film? What made you decide to set it in these bodies of water and did you encounter any difficulties or challenges in filming or completing this?

Yes, I imagined water as a thing that should appear in every shot. That made me search for locations in North and South Vietnam to fit the scenes. Locations and logistics were one of the toughest things in this project. This film is a compound portrait of relationship, life, death, time, age, memory, and transcendence beyond the frame. Water runs across all of those themes until the end.

We had a number of logistic challenges. The biggest challenge was how to accompany my mom (the mom in the film too) to every location and back home safely. There must be a god or supernatural spirits who blesses this film so that it could be finished, to be honest. I believe it. 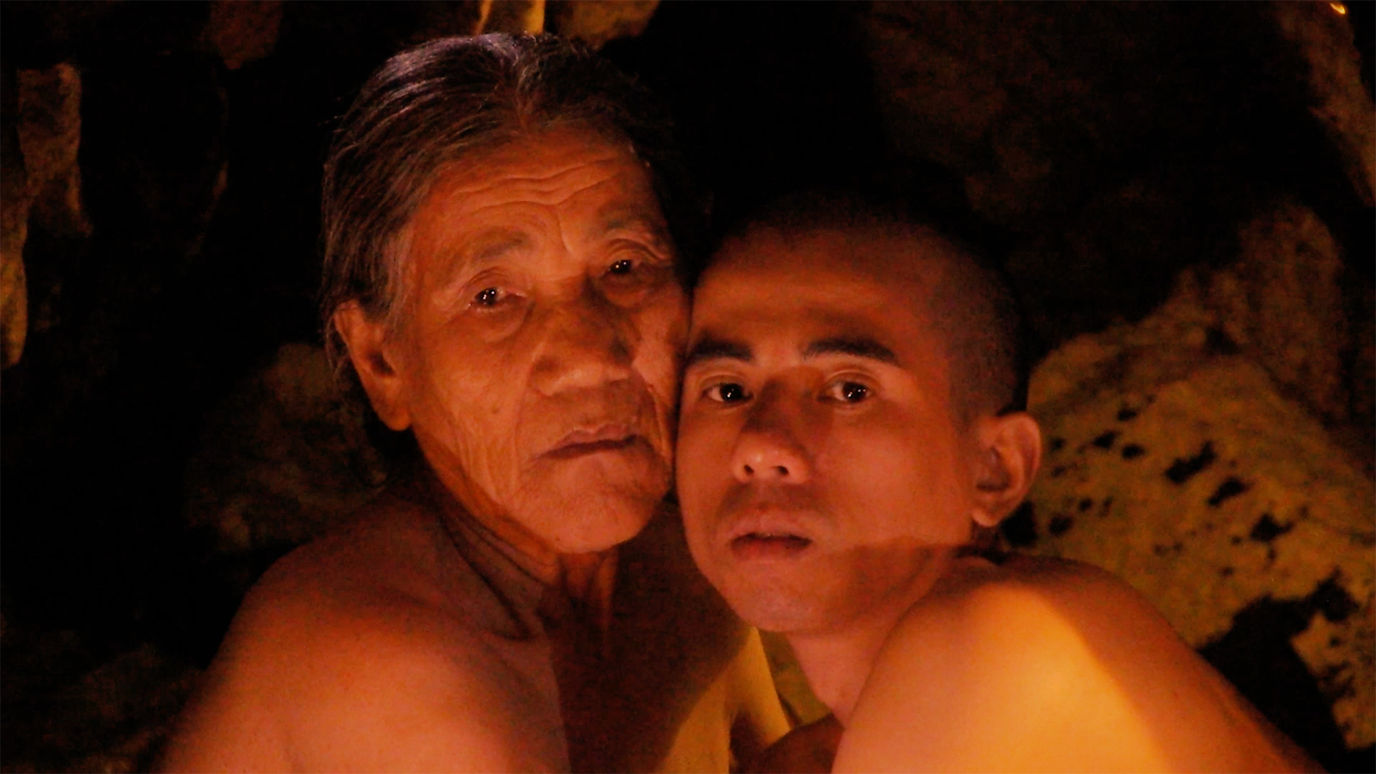 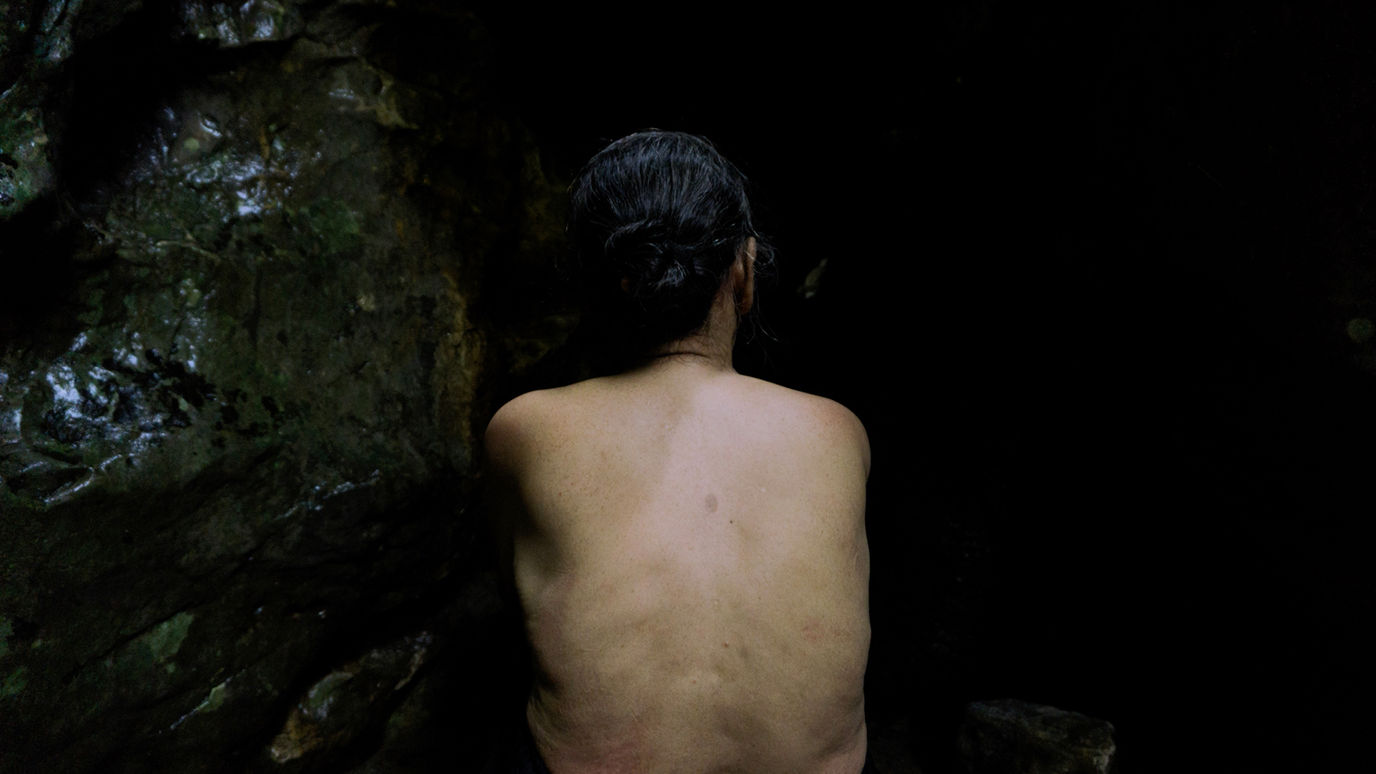 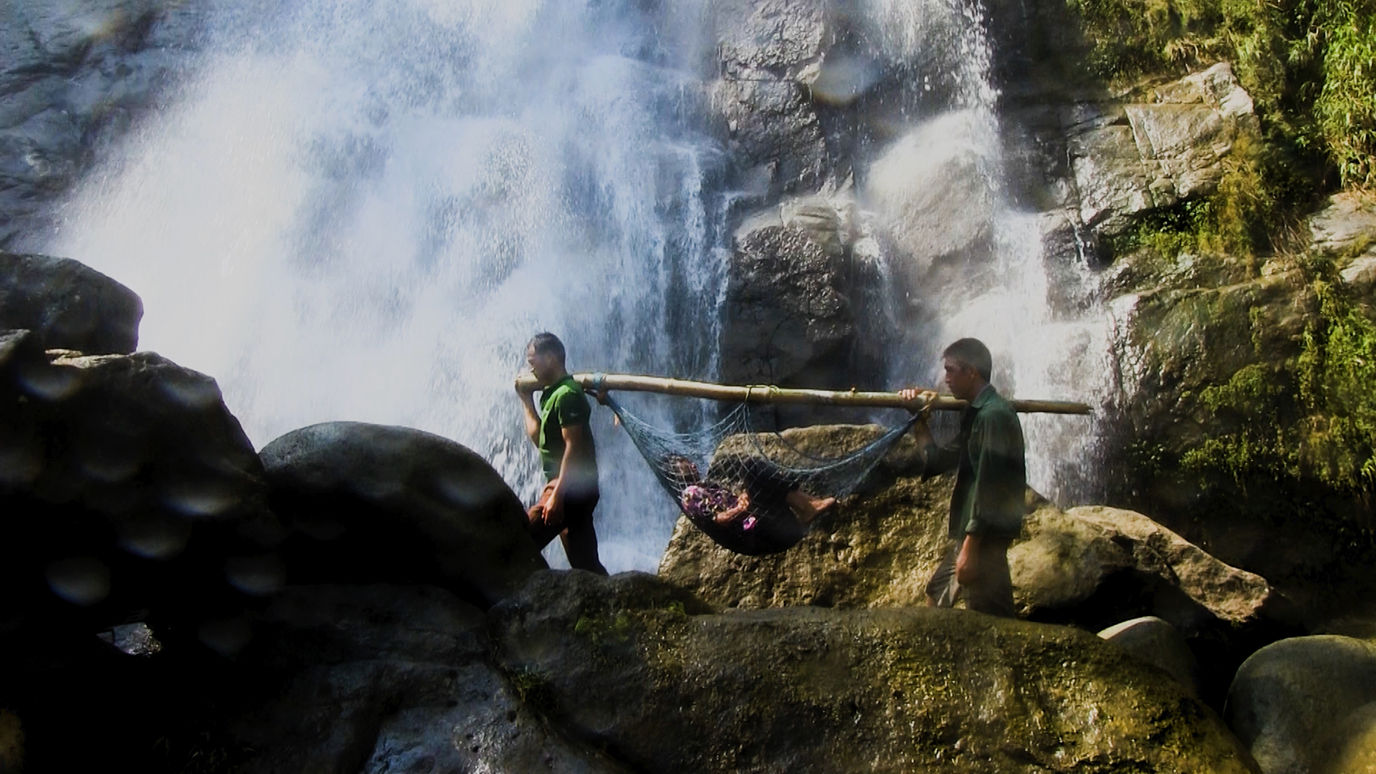 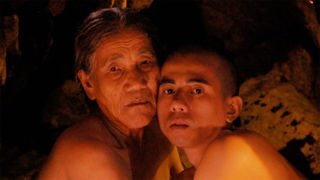 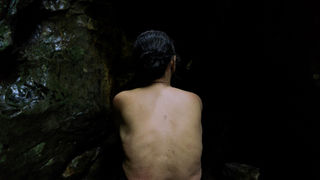 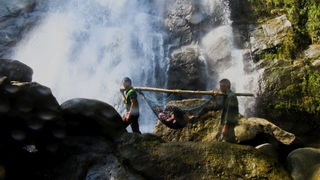 Your film evolved visually as it went along — from long takes at the beginning that feel more personal to an experimental photonovel at its climax that uses editing to superimpose the characters with their background. It reminded me of Chris Marker’s La Jetée, which also plays with time and memory. Is there a reason you experimented with stills?

I discovered that you were previously a film critic! What are the most valuable lessons you learned from that experience and is there anything you look for in a critique on films?

The valuable lesson is that I used to write a lot of bad critiques about films. Only when I made films, could I understand more about the film language itself, which I’m still learning and exploring today. I guess I am the kind of person who needs first-hand experiences.

I like to read critiques. I don’t really look for anything particular in a critique but I’m fascinated with a critique that opens me to a different way of viewing a film, an auteur, a group of films or a group of auteurs. It is like a door for entering a private country imagined by a filmmaker or a collective of artists.

Young Film Critic from The Philippines at IFFR 2021

“No matter what kind of project it is, I will find a certain thing that I can latch on to musically”