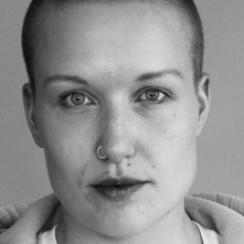 German filmmaker Susanne HEINRICH was an author of books between the ages of 19 and 25. She was nominated for the Ingeborg Bachmann Prize as well as receiving fellowships at Villa Aurora L.A. and Casa Baldi Olevano Romano (Villa Massimo). She sings in several bands and has pursued a variety of artistic projects. With her first short film she was accepted into the German Film and Television Academy in Berlin (dffb).