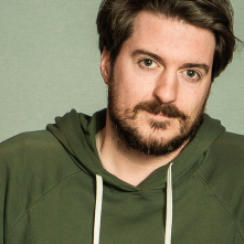 Ognjen GLAVONIĆ (1985, Yugoslavia) was educated in filmmaking at the University of Belgrade. During his studies, he made three short films that were screened at more than 50 international film festivals and won several awards. His first full-length documentary Zivan Makes a Punk Festival (2014) premiered at Cinema du Réel in Paris. His feature debut The Load (2018) was supported by IFFR's Hubert Bals Fund.