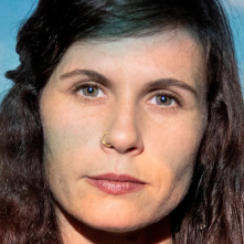 Documentary filmmaker Hannah JAYANTI is dedicated to changing the way we listen to ourselves, each other and the world around us through the art of nonfiction. She shoots, directs and edits her own documentaries, usually the results of in-depth Arts Residencies in lesser known, off-the-grid or peripheral locations. Her documentary debut The Phantom Tollbooth: Beyond Expectations (2013) premiered at The New Yorker Festival and Gasper & Son (2015) won Best Short Documentary at Queens World Film Festival. Her latest documentary, Truth or Consequences (2020) premiered in the Bright Future Competition at IFFR 2020. Her work has been supported by Sundance Institute, Tribeca Film Institute, New York State Council on the Arts, New York Foundation for the Arts, Jerome Foundation, among others. When she’s not making films, she teaches free and low cost media classes around the world.