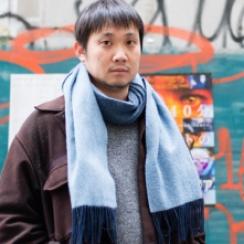 HAMAGUCHI Ryūsuke (1978, Japan) studied at the University of Tokyo, where he received a Bachelor in Art in Aesthetics, and at the Graduate School of Film and New Media. His graduation film Passion was selected for the San Sebastian film festival. After his graduation in 2008, he co-directed a documentary series and made multiple fiction films. Asako I & II (2018) won the ICS Cannes Award for Best Screenplay.