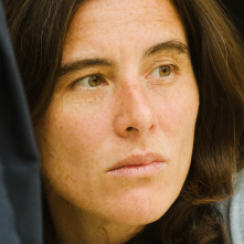 Fiona TAN (1966, Indonesia) studied at the Gerrit Rietveld Academy and the Rijksakademie of Fine Arts in Amsterdam. After her studies she became known for video and film installations in which explorations of memory, time, history and the role of the visual are pivotal. The documentary May You Live in Interesting Times (1997) was her directorial debut. Her work is represented in many public and private collections, including the Tate Modern, the Stedelijk Museum and the Centre Pompidou. Her first feature film History’s Future was nominated for the Hivos Tiger Award in IFFR 2016. Ascent (2016) is Tan's second feature film.