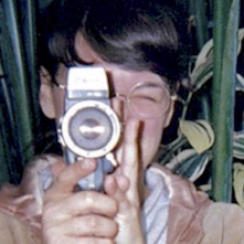 Charlotte CLERMONT (Canada) is a video-based artist living in Montreal, Quebec. Her work has screened in Canada and internationally at galleries and festivals including Les Rendez-vous du cinéma québécois, Festival Oodaaq and the European Media Art Festival. She has been selected for artist residencies in Japan, the United States and Italy.