We are happy to announce the participation of the following speakers for the 2021 Reality Check sessions.

Wendy Mitchell is co-curator of IFFR's Reality Check. She is a contributing editor for Screen International and she also consults for the San Sebastian, Zurich and Goteborg film festivals and for the European Film Academy. She moderates at film events around the globe. Her website is filmwendy.com

Gayatri Parameswaran is an award-winning writer, director and producer of immersive works. She grew up in India and is currently based in Berlin, where she co-founded NowHere Media, a storytelling studio that views contemporary issues through a critical lens. Her work has been exhibited at the Venice International Film Festival, SXSW, Festival de Cannes, HotDocs, United Nations and beyond. Gayatri likes to explore taboo topics with the help of new technologies such as virtual and augmented reality. She is most excited about using VR and AR as mediums to create realities for a desirable future.

Kay Meseberg is Head of Mission Innovation at ARTE. Parallel to his career in television, Kay has been involved since the late nineties in conceiving and implementing numerous award-winning online projects and building platforms. He moved to ARTE in 2013, where he developed the platform ARTE Future and later joined the editorial board of the magazine SQUARE IDEE. Following the success of Polar Sea 360°, he continued exploring content from a 360° video and virtual reality perspective. Kay is since 2018 Head of Mission Innovation and works on the TV of after tomorrow which includes subjects such as data/AI, immersive media, eco-responsibility. Kay is also Ambassador of Innovation at the IMZ in Vienna, cofounded by UNESCO.

Marie Logie is the director of Auguste Orts. Following her Master’s degree in History at the Ghent University, she worked at Cinematek Brussels, M HKA Antwerp and Flanders Arts Institute. She is a co-founder of the Ghent-based Courtisane festival. From 2008 till 2012 she was a member of the Audiovisual Commission of the Flemish Community. Since 2015 she represents FilmLab producers at the Flanders Audiovisual Fund. Marie Logie lives in Ghent.

Caspar Sonnen is Head of New Media at the International Documentary Film Festival Amsterdam (IDFA). In 2007 he created IDFA DocLab, one of the world’s first platforms for interactive and immersive documentary art.  At IDFA, Sonnen also commissions experimental projects and collaborations between artists and creative technologists, ranging from digital art, virtual reality and artificial intelligence projects to physical installations and immersive theatre. He is co-founder of the Open Air Film Festival Amsterdam and advisory board member of a.o. SXSW Film and MIT Open DocLab. In 2015 he received the EDN Award for Outstanding Contribution to European Documentary Culture. 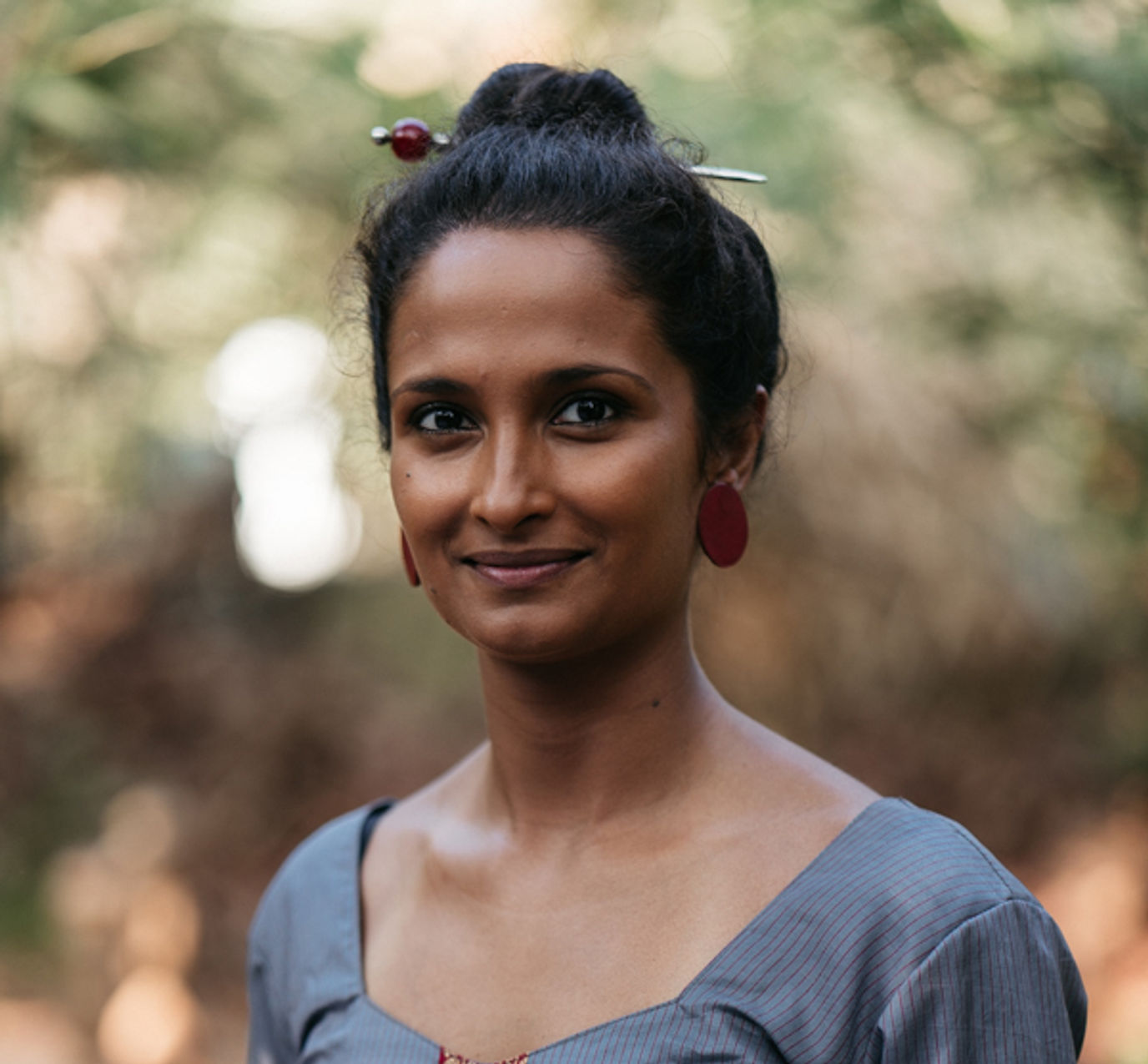 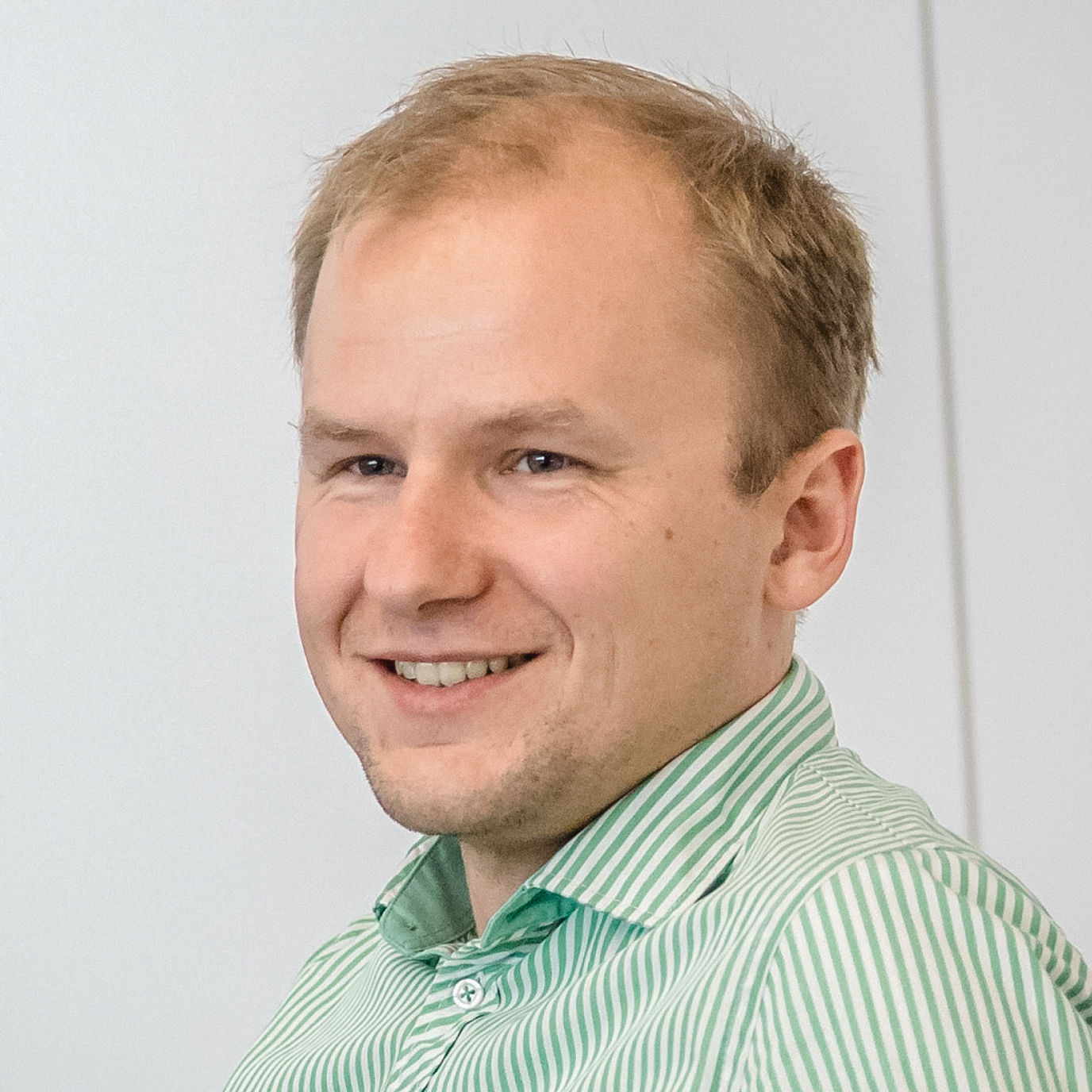 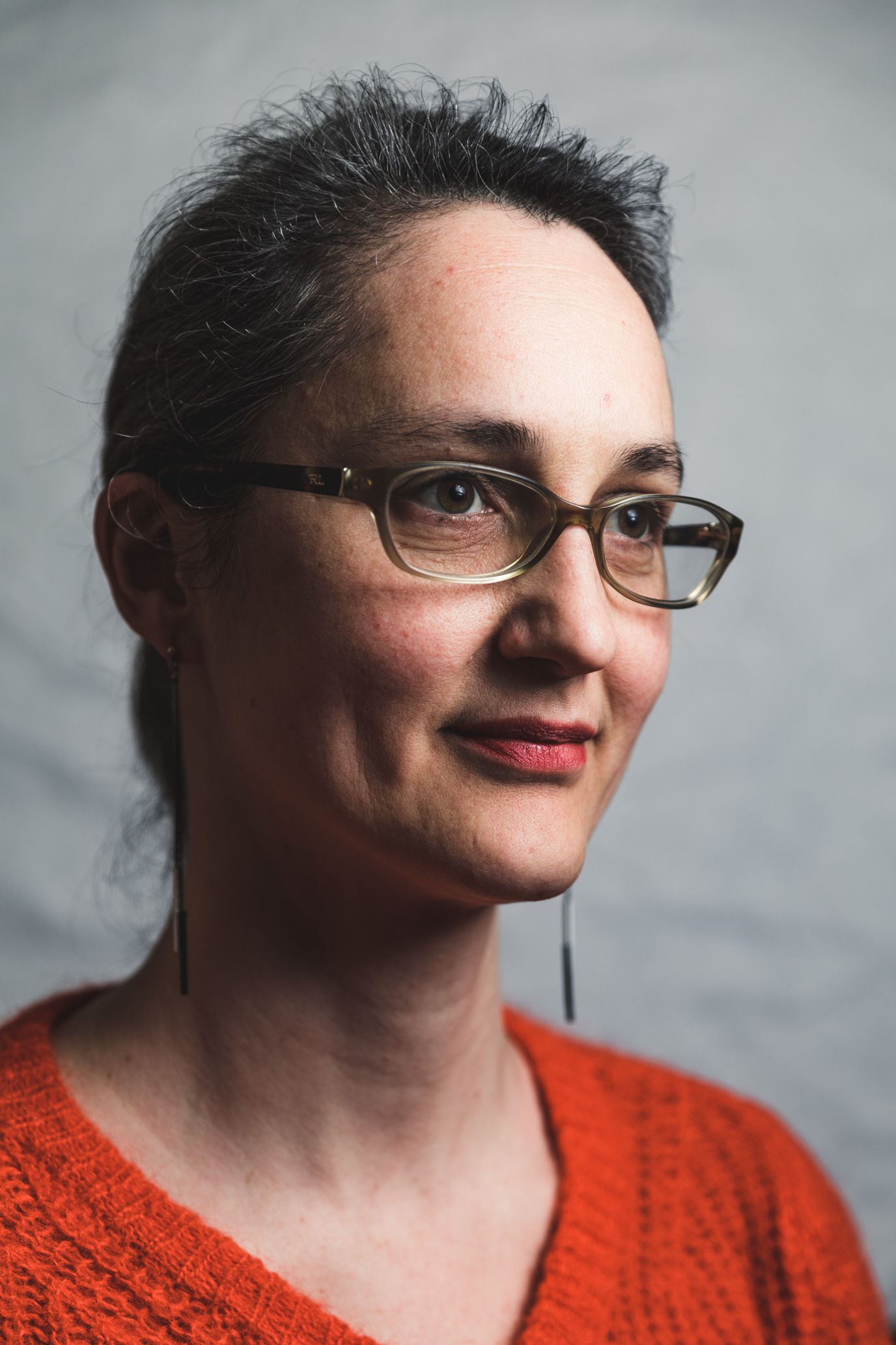 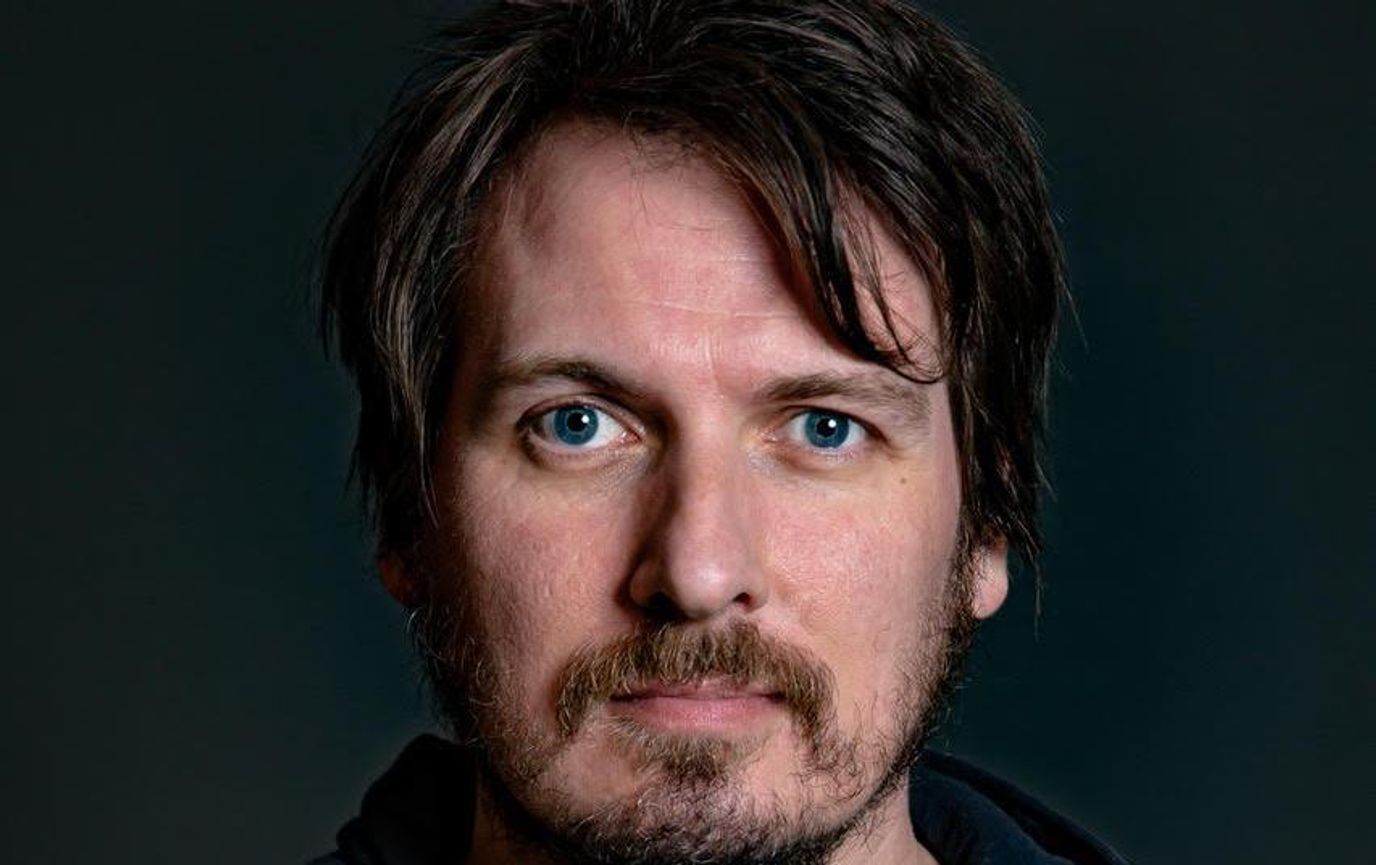 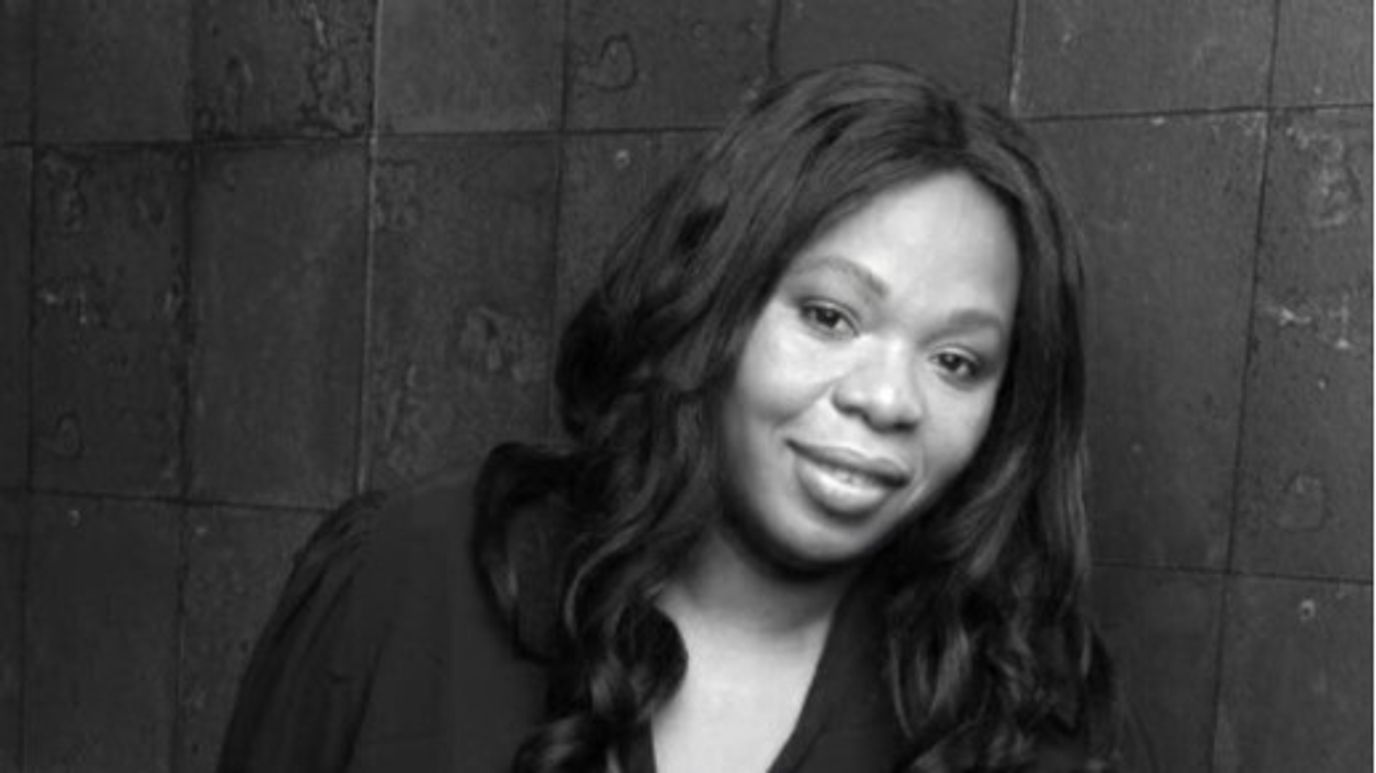 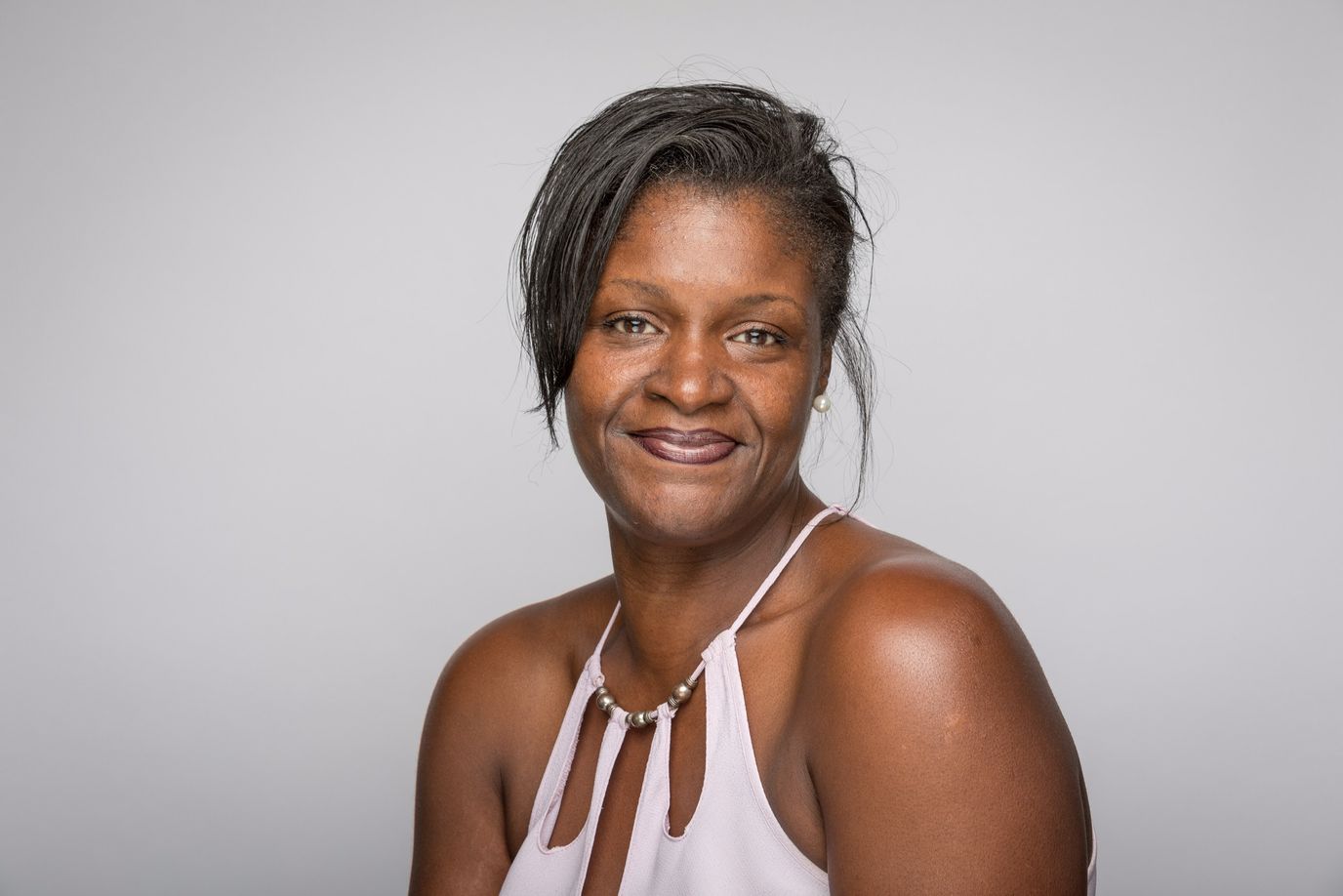 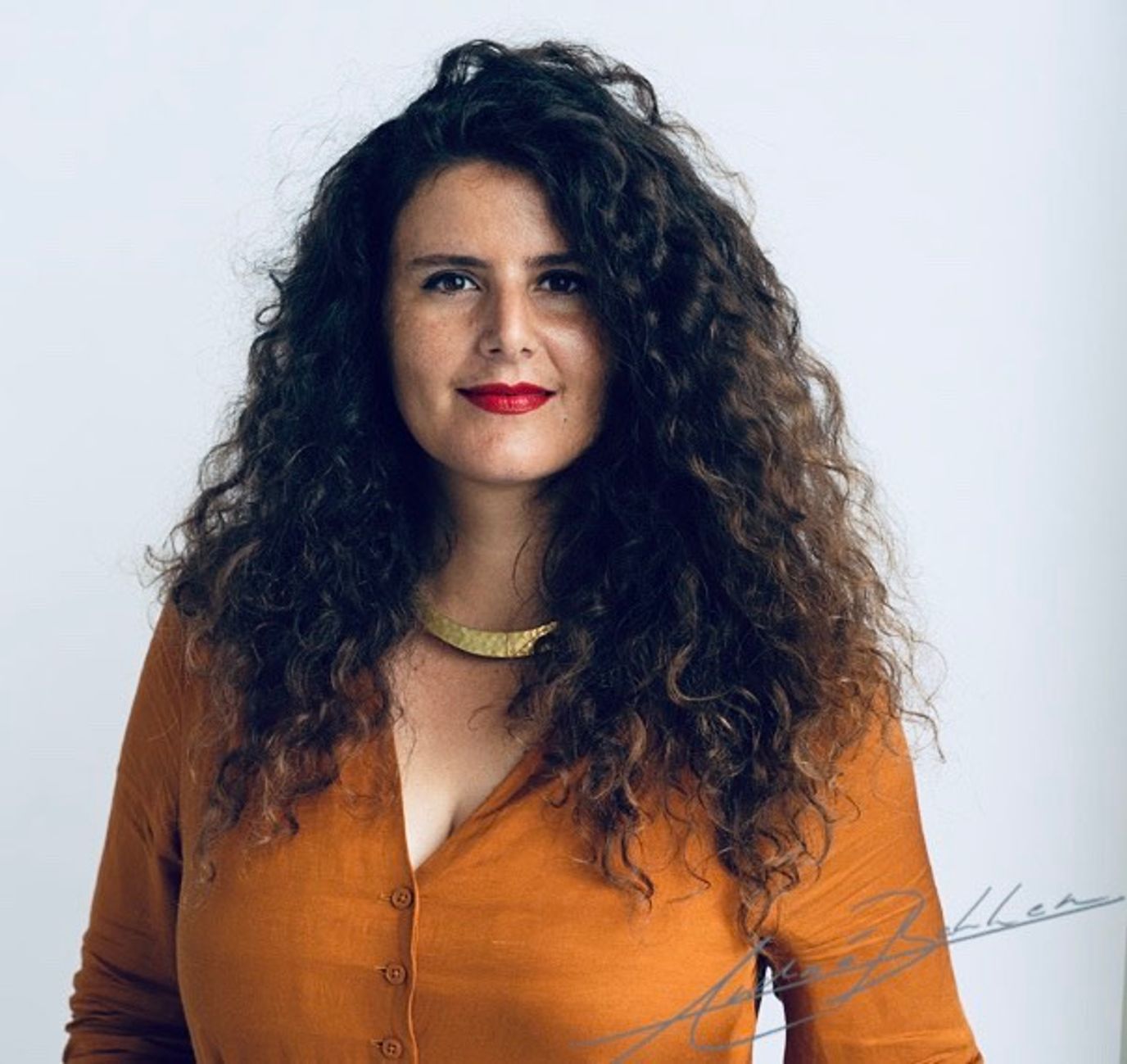 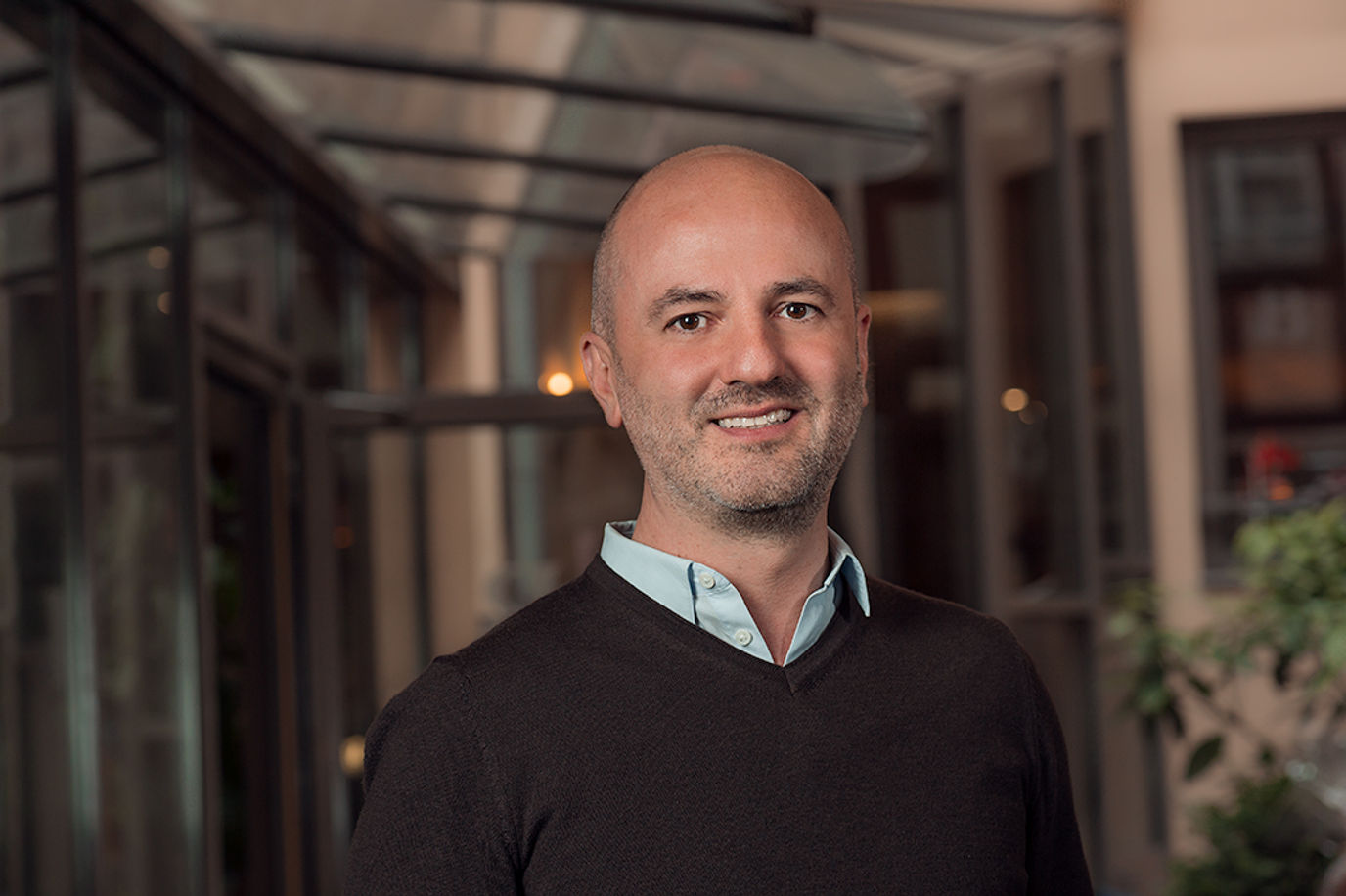 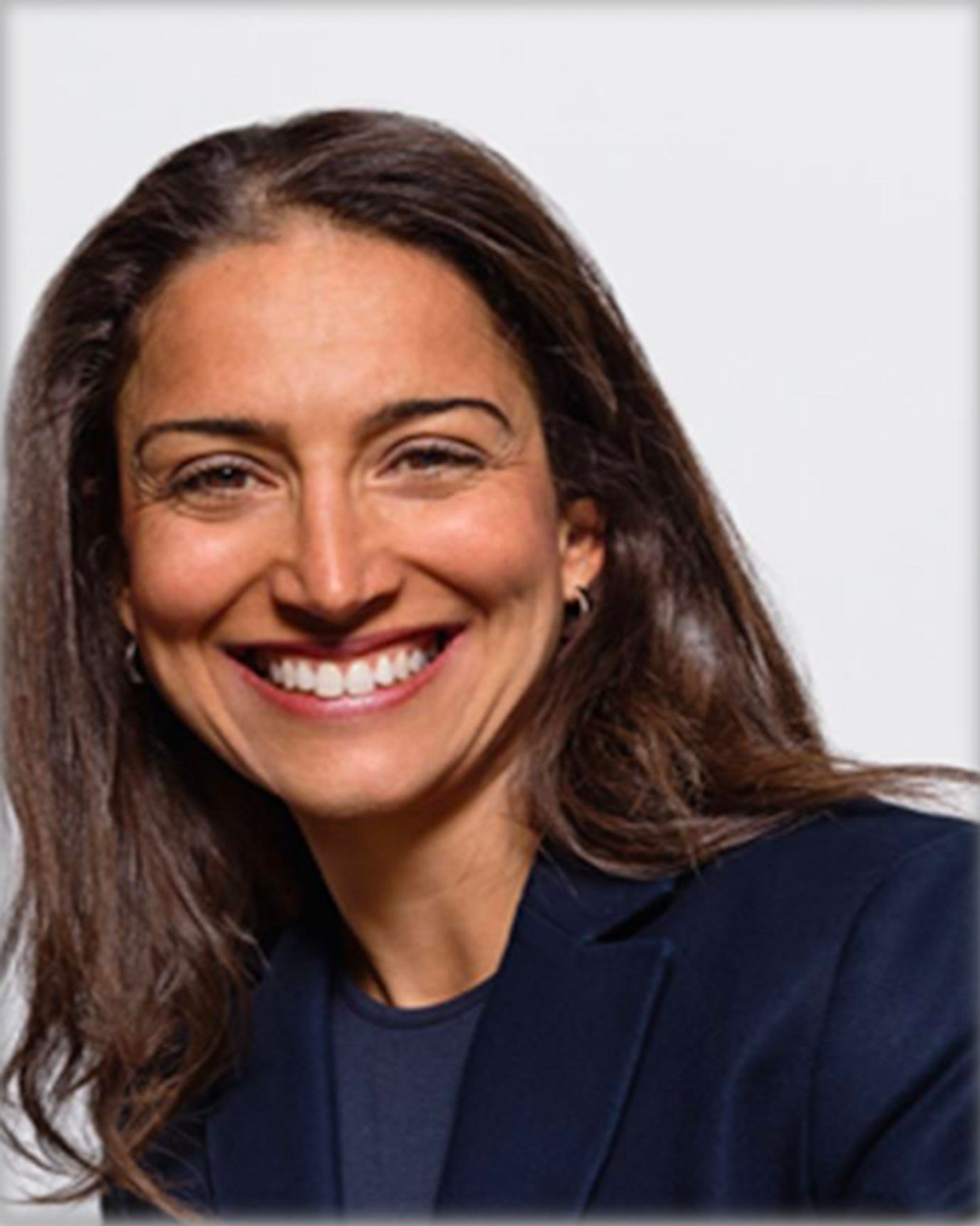 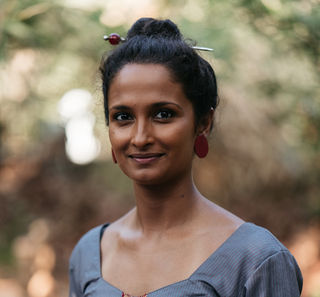 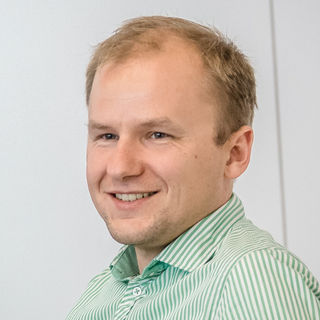 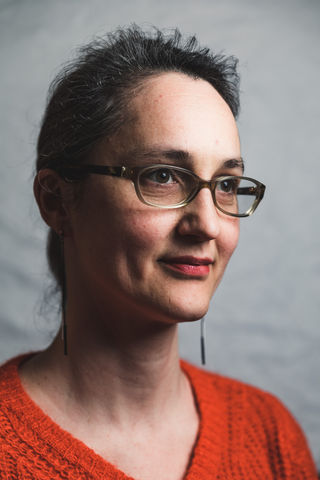 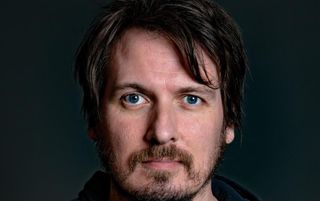 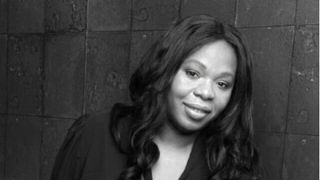 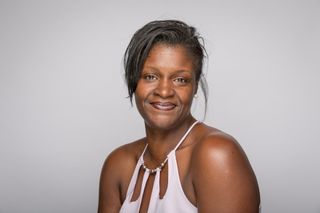 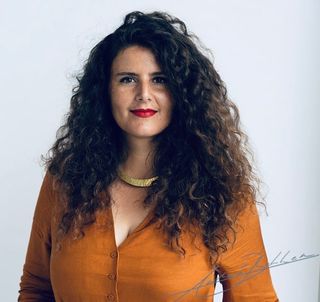 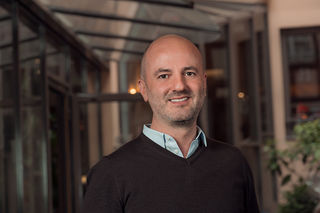 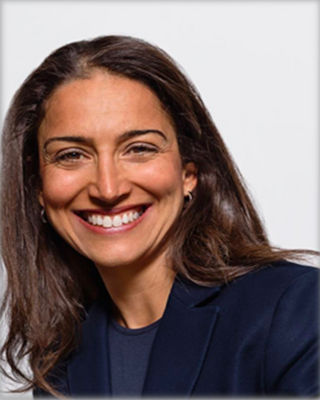 Victoria Thomas is the managing director of the Polkadot Factory an independent production company based in Edinburgh. She made a couple of short films whilst studying for an MFA at Screen Academy Scotland. After making low to no budget films, she progressed to working on features across fiction and documentary, specialising in international co-productions between Europe and Sub-Saharan Africa. As a producer, films that she has co-produced have screened at festivals internationally and broadcast on TV. An alumnus of the UK's National Film & Television School, she is a voting member of BAFTA Scotland serves as a juror for the BIFA's. She is the Co-Course Leader for the Masters of Arts (MA) in International Film Business at London Film School. She is previously selected for Berlinale Talents, Jihlava Documentary Film Festivals Emerging Producers program and EAVE. She is now focused on developing work as a Writer/Director, currently in pre-production on the BFI/Screen Scotland funded short film A Birthday Party and in post-production on the feature documentary Born In New York, Raised In Paris backed by Screen Scotland.

Miranda Wayland is the Head of Creative Diversity at the BBC. In this role she is responsible for overseeing the overall on-air, onscreen diversity and inclusion strategies across output –supporting the commissioning teams and independent suppliers to drive change, increase representation and ensure the BBC delivers against its strategic goals and public purpose.  She provides specialised knowledge and expertise on diversity-related matters, plans, develops and implements effective interventions related to on-air talent portrayal, commissioning guidelines, diverse audience panels, monitoring and reporting that will further strengthen a culture of diversity and inclusion.

Shamira Raphaëla works as a director. With her debut title Deal with it (2014), Shamira follows her drug addict and dealing father and her brother who gets stuck several times. The film has won several international awards, including at the Los Angeles Urban Film Festival. Lenno & the moonfish (2018) was awarded Best Children's Documentary at the IDFA and received the European Children's Film Association Award at the Berlinale. In Daddy & the Warlord – The truth about my father (2019), Shamira films Clarice Gargard who is on a mission in (post) war-torn Liberia, to unravel her father’s involvement with the former rebel leader, dictator and convicted war criminal Charles Taylor. Her latest work Our motherland (2019) is a feature documentary in which Shamira follows the daily life of the extreme nationalist and family man, the political leader of the Dutch right-wing union. Shamira Raphaëla launched the Framing of Us initiative together with Tessa Boerman during IDFA 2020, an international call to action to decolonise our documentary industry.

Roberto Olla is the Executive Director of Eurimages, the Council of Europe’s film fund. A lawyer by training, he holds a PhD in entertainment law from the European University Institute of Florence. Roberto joined Eurimages in January 2002 as a project manager and in 2008 became its Executive Director. Before this, he was a researcher in media law, worked for the MEDIA Programme of the European Union and was a legal adviser on audio-visual matters to the European Commission in Brussels.

Elisa is a Media & Entertainment banker with over 20 years’ experience in international corporate and structured finance. Originally from Brazil, she is based in London where she has worked for Dresdner Bank, Taurus Finance and Bank Leumi UK in various executive and management capacities. Elisa operates as a consultant in Corporate Finance for Media & Entertainment and is a Senior Advisor for the Finnish venture capital fund manager IPR.VC. She has managed investment funds and led financial transactions in M&E and her experience ranges from structuring debt and equity investments into entertainment companies to financing entertainment as project finance.