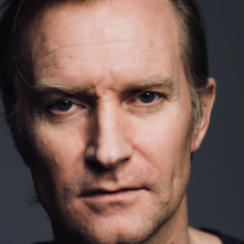 Ulrich THOMSEN (1963, Denmark) graduated from the Danish National School of Theatre and Contemporary Dance in 1993. He was in several theatre productions in Copenhagen before his feature debut, starring in Ole Bornedal's Nightwatch (2014). Thomsen became known worldwide for his role in Thomas Vinterberg's arthouse hit Festen (1998), for which he received his first Best European Actor nomination at the European Film Academy Awards. Thomsen made his directorial debut as a writer, director and producer with In Embryo (2016). Gutterbee (2019) is the second feature he directed and wrote.