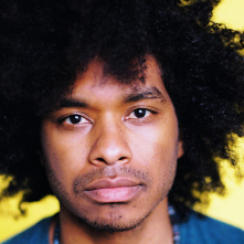 Terence NANCE (1982, USA) is an artist whose work consists of installations, performances, music and film. His first feature film, An Oversimplification of Her Beauty, premiered at the 2012 Sundance Film Festival and won the Gotham Award 2012 for 'Best Film Not Playing at a Theater Near You'. In 2014, Nance was awarded a Guggenheim Fellowship. Several of his films have been shown previously in Rotterdam.