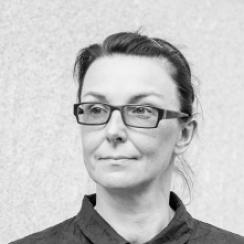 Skirmanta Jakaitė (1969) is a director and animator with a BA in Animation at Vilnius Academy of Art and experience in animation production since 1989. Her debute film Non-Euclidean Geometry (2014, co-directed with Solveiga Masteikaitė) was awarded the Ecumenical Jury Prize at the 6oth Short Film Festival Oberhausen and received the Special International Jury Prize at Hiroshima International Animation Festival as well as the Lithuanian Film Academy award for Best Lithuanian Animation Film of the year.