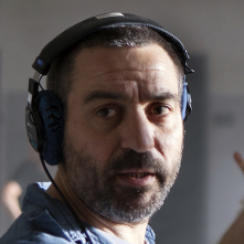 Saverio COSTANZO (1975, Italy) is a director, screenwriter and actor. He studied Communication Sociology at the Roman La Sapienza University and got his degree with a thesis on Italian-Americans in Brooklyn. For two years he lived in New York, working as a cameraman and writer for documentaries. His feature debut, Private (2004), won a Golden Leopard at the Locarno film festival. In 2007, his second feature, In memoria di me/In Memory of Me, was presented in Berlin. His 2010 film La solitudine dei numeri primi/The Solitude of Prime Numbers was nominated for the Golden Lion in Venice. He directed the TV series In Treatment from 2013 until 2016. In 2014, his film Hungry Hearts was five-time winner in Venice.