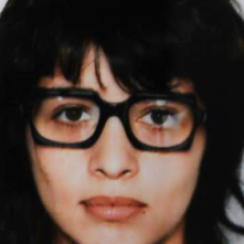 Sanaz AZARI (1981, Iran) grew up and lives in Brussels, where she also studied Photography and Scenography at the National School of Visual Arts. Parallel to her studies, she did three years of intensive theatre training in the Stanislavski method. In 2010, she made her debut as a filmmaker with her short documentary Salaam Isfahan. In her films, Azari focuses on her homeland Iran. In I comme Iran/I for Iran (2014) she documents learning the language her ancestors spoke: Persian. The feature documentary Faites sortir les figurants/Backstage Action (2019) has its world premiere at IFFR.