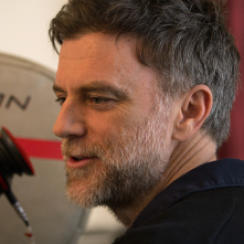 Director, writer and producer Paul Thomas ANDERSON (1970, USA) started his film career as production assistant on TV films, music videos and game shows. Music always plays an important role in Anderson's films. Boogie Nights (1998) and Magnolia (1999) were both nominated for three Academy Awards, and There Will Be Blood (2007) was nominated for seven Academy Awards. At the Venice Film Festival, Anderson's feature film The Master (2012) was awarded the Silver Lion for Best Director, and both Philip Seymour Hoffman and Joaquin Phoenix won an award for Best Actor. The National Board of Review gave Anderson's Inherent Vice (2014) the award for Best Adapted Screenplay. In 2017, he made his ninth feature film Phantom Thread, where he returns to collaborating with actor Daniel Day-Lewis and musician Jonny Greenwood (Radiohead).