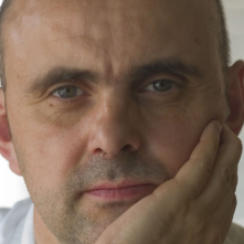 Manuel SAIZ (1961, Spain) is an artist, filmmaker and writer. His work ranges from video installations to books and films. During the past 15 years Saiz has focused mainly on art films and video installations. He lives in Berlin. His short film DOA (Dead on arrival) (2017) will premiere at IFFR 2017.