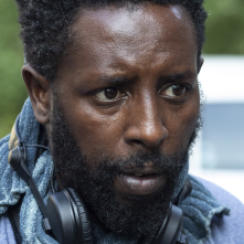 Ladj LY (1978, Mali) decided he wanted to be a filmmaker after seeing La haine (1995). The film inspired him to tell the stories behind housing projects in Parisian suburbs such as Montfermeil, where he grew up. Ly's feature debut Les misérables (2019) is based on his 2017 award-winning short film of the same name and won the Jury Prize in Cannes.