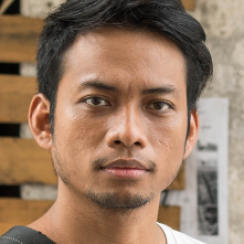 Kavich NEANG (1987, Cambodia) studied Music and Dance before graduating in Design in 2013. In 2010, he directed his first short film, A Scale Boy, as part of a documentary film workshop led by filmmaker Rithy Panh, who also produced his 2013 mid-length documentary film Where I Go. In 2014, he co-founded the independent production company Anti-Archive. His third short fiction, New Land Broken Road (2018), is part of a Southeast Asian omnibus which premiered in Singapore. His documentary film Last Night I Saw You Smiling (2019) will have its world premiere at IFFR.