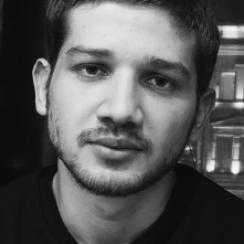 Kantemir BALAGOV (1991, Russia) studied Economics and made amateur web series with his friends before deciding to join director Alexandr Sokurov's filmmaking class at the Kabardino-Balkar State University. His 2017 debut feature Closeness and 2019 second film Beanpole, which both won FIPRESCI prizes in the Un Certain Regard section of the Cannes Film Festival, announced him as a major new talent.