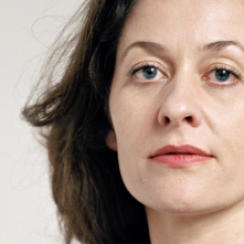 Itonje SØIMER GUTTORMSEN (1979, Norway) lives and works in Oslo. She has a bachelor in film directing from The Norwegian Film School in Lillehammer, and is currently in the MFA program Processes of filmmaking at Academy Valand, Gothenburg. She produces her film- and art projects on the label Andropia, and is the founder and artistic leader of ByFlimmer, which is a site specific film art festival.