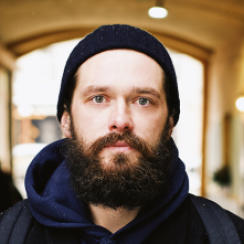 Grigory DOBRYGIN (1986, Russia) graduated from the department of directing and acting of GITIS (The Russian Academy of Theatre Arts). He debuted as an actor in Alexey Popogrebsky's How I Ended This Summer (2010), which brought him the Silver Bear for the best male performance at the Berlinale. He also had a part in Anton Corbijn's A Most Wanted Man (2014). As a director he has produced and directed several theatre works, as well as four short films. Sheena667 is his feature film debut.