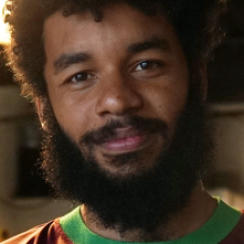 Gabriel MARTINS ALVES (Brazil) graduated in Filmmaking from the Centro Universitário UNA in Belo Horizonte. Besides making short films, he has been writing for the electronic magazine Filmes Polvo since 2007. In 2009 Martins started up the production company Filmes de Plástico, together with André Novais Oliveira and Maurílio Martins. With Maurílio he directed Contagem/The Inside (2010). The short was awarded at several international film festivals. The co-directorship from Maurílio and Gabriel Martins, No coração do mundo/Heart of the World has its world premiere at IFFR 2019.