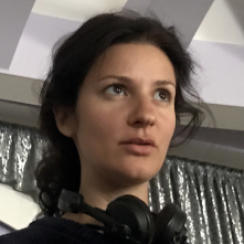 Ena SENDIJAREVIĆ (1987, Bosnia) studied Media and Culture at the University of Amsterdam and was subsequently educated at the Dutch Film Academy, also in Amsterdam. Import (2016) was her first project after graduating. The short film premiered at the Cannes film festival in Quinzaine des Réalisateurs. Take Me Somewhere Nice had its world premiere at IFFR 2019.