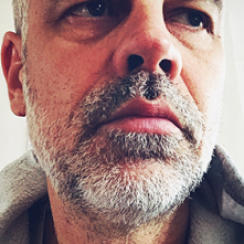 Daniel ZIMMERMANN (1966, Switserland) is a visual artist, dramaturge and director. Originally trained as a carpenter, he works in the field of film, installation and performance art. His work raises questions about the meaning and sustainability of human actions. At home and abroad, he has realised several art projects in museums and public spaces. His films have been shown at international film festivals, such as Berlinale, Sundance Film Festival and IFFR.