In 2016, the Hubert Bals Fund was the first to invest in The Orphanage, which premiered at the Cannes Directors’ Fortnight this year and has been selected for Busan 2019 and screened at many other film festivals. Afghan filmmaker Shahrbanoo Sadat and Danish producer Katja Adomeit talked to us about the challenges of creating and financing this film.

The Orphanage, a coming-of-age film set in late Soviet-era Afghanistan, is the third film Sadat and Adomeit collaborated on. The ball started to roll even before shooting for their previous film Wolf and Sheep (which also received HBF support) had started. Adomeit: “We already knew we would eventually create a pentalogy, so in summer 2014 I asked Shahr to quickly write the first treatment so I could apply to the ACE Producers Workshop. Luckily she was in a place where she was able to write it quickly.” From that point on, during the shooting and post-production of Wolf and Sheep, Adomeit started to try and finance The Orphanage.

“It was a very long and complicated process,” Adomeit says. “It was hard to get major Danish financing because it’s not a Danish film, not a Danish story, and not in the Danish language. The short version of the story is: it’s tricky, financing an arthouse film from Denmark with an unknown cast by a non-European filmmaker whose previous film didn’t sell all over the world. We had to work hard to pull money from many different sources.” Next to the HBF money, the budget came from 21 other financiers. “The amount of administration was quite a challenge and a lot of work.”

Where do we shoot?

Visas were another major hurdle, Sadat explains. For security reasons, she cannot shoot in Afghanistan with an international crew. “The question has always been: where do we shoot? We shot Wolf and Sheep in Tajikistan, but that was a huge bureaucratic hassle making the shooting very complicated. So this time we looked to Europe, but since all the European embassies have closed down in Kabul, getting visas for my large Afghan cast would be extremely difficult. So we ended up shooting in Tajikistan after all.”

Getting visas for the non-professional Afghan actors was a nightmare.
— Shahrbanoo Sadat

However, Sadat and Adomeit then received money from two regional funds which required that at least one week of shooting in Germany and one week of shooting in Denmark. Sadat: “Getting visas for the non-professional Afghan actors was a nightmare, because we had to apply for European visas in Pakistan. At some point, I was travelling back and forth constantly between Tajikistan, Pakistan, Afghanistan and Europe.”

“Getting and extending visas for Shahr herself is a constant challenge too,” Adomeit adds. “We constantly face these problems.”

Sadat largely operates outside of the Afghan film industry. “There is a small community of filmmakers,” she says, “but they’re not in a situation like mine. They film in Afghanistan, with an amateur Afghan film crew, and on a very low budget.”

Adomeit: “Many people in the Afghan film community look down on our way of doing things.”

Sadat: “To them, we’re not local enough. Because I use international money and portray Afghanistan from outside of Afghanistan, they don’t consider me to be an independent Afghan filmmaker.”

Adomeit: “The thing is, we cannot shoot in Afghanistan in a safe way. And also, if we want a proper budget that pays everyone a decent salary, we need to go outside of Afghanistan and finance internationally.”

Sadat: “It’s an interesting set-up for me. I find myself pretending to be a European director sometimes, working with a European crew and relying on European funds and a European producer. And I’m more well-known abroad than I am in Afghanistan. But at the same time, I don’t have any papers, just an Afghan passport. Sometimes I feel like I’m in between two worlds.”

For security reasons, Sadat has not been able to show her film Wolf and Sheep in Afghanistan yet. The Orphanage, however, premiered in Kabul in a brand new cinema recently opened by Sadat’s friend. For many people, it was the first time seeing a film in cinemas in Kabul. 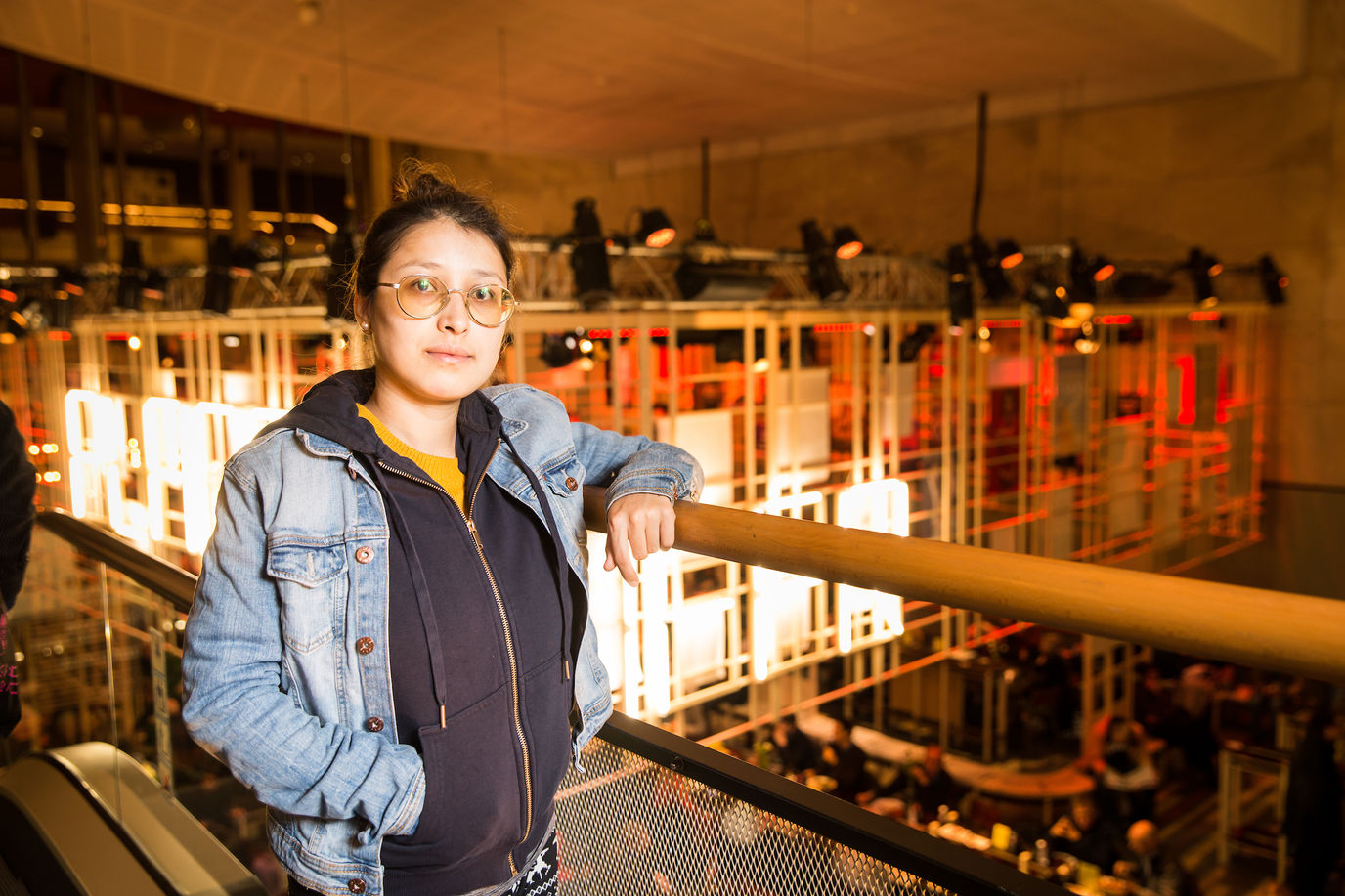 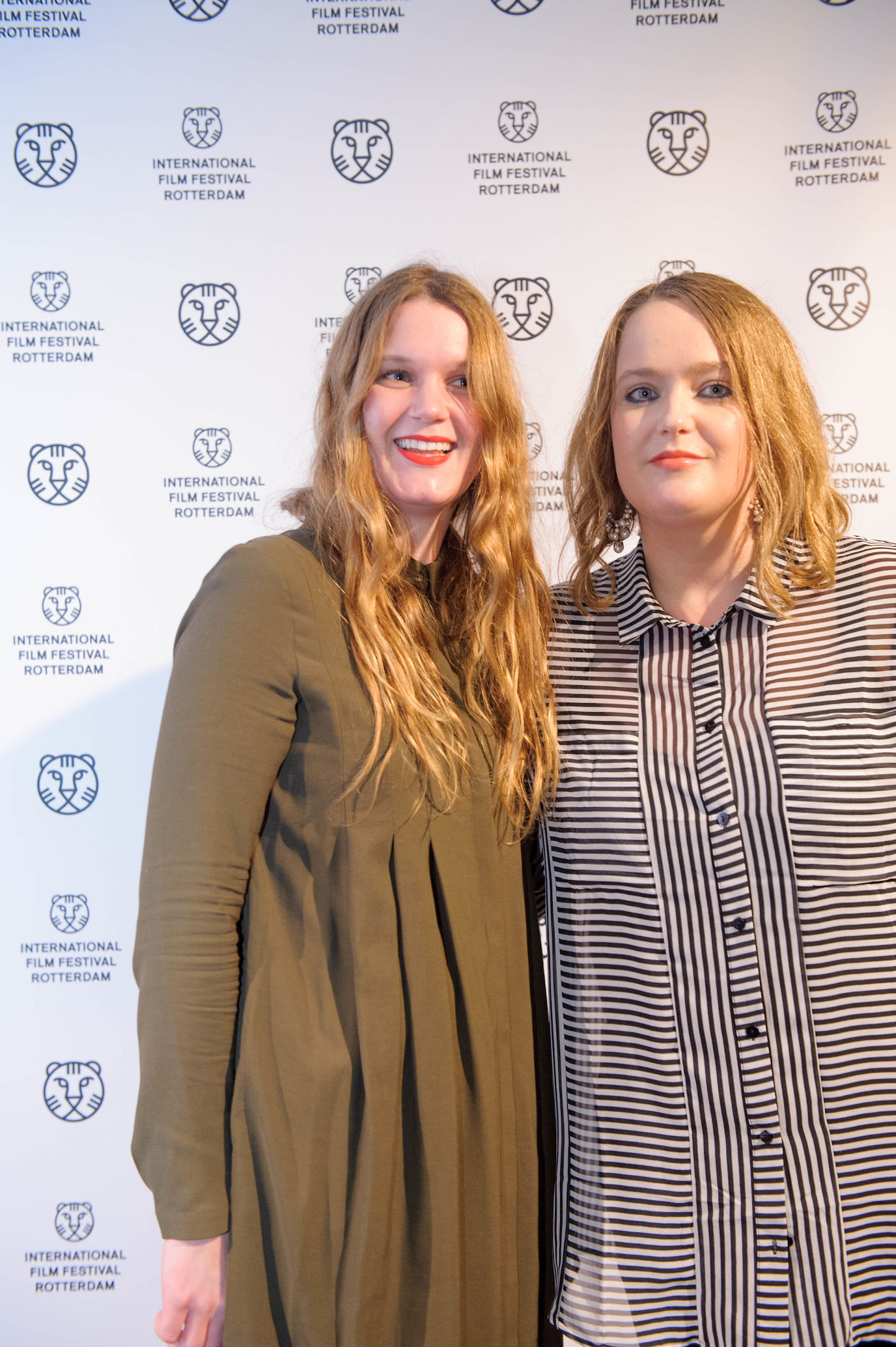 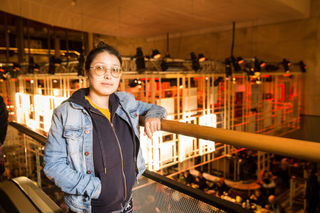 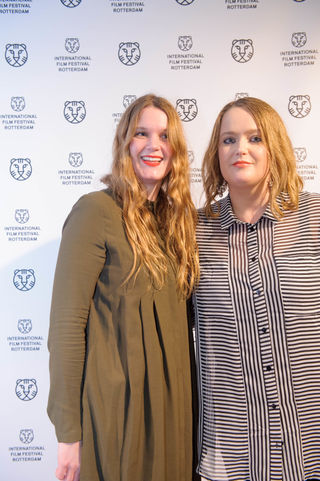 The money from international sources allowed me to think bigger and tell the stories I want to tell.
— Shahrbanoo Sadat on how financing opened more possibilities

Sadat: “The screenings were absolutely packed. I got a lot of very positive and promising reactions, so I was very emotional for the whole week. A lot of people didn’t think the film could be Afghan, because of the poster depicting Soviet-era Afghan youths and because of the way people talked in the film. People were surprised that the actors in the film talked exactly the way they talk in real life, something Afghans are not really used to. Also, those born in the 90s and later really don’t know much about the history of their own country. The film runs for 90 minutes, and the Q&As lasted 90 minutes as well. Maybe this means that the film culture in Afghanistan is ready to open up a bit.”

Even though her experience has been a challenging one, Sadat thinks looking abroad more in terms of producing and financing has been worth it. “Getting money from international sources allowed me to think bigger, explore independent cinema, and tell the kind of stories I want to tell. I think the experience of co-production is really valuable.”

Adomeit: "Also, working with an international crew is a huge learning experience and very valuable in your development as a filmmaker."

In 2014, IFFR showed the international premiere of Not at Home, Adomeit and Sadat’s first collaboration. Wolf and Sheep received HBF support in 2011 and screened at IFFR in 2017.

Only one regular category for Script & Project Development