What is cinema without music? For Théo Jollet (27): nothing. The French filmmaker debuts Le Boug Doug at IFFR 2021. It’s a raw, surreal smalltown-gangster fairy tale starring rappers and a singer in the leading roles. Le Boug Doug starts with a song: three guys in a car blasting hip hop and rapping along at the top of their lungs. Music dictates the beat of the film, with a hypnotic musical interlude and an ending slightly reminiscent of Kimye’s extraordinary Bound 2 video.

So, who better than Jollet to create the soundtrack for IFFR’s June chapter? For Brainstorm Radio and IFFR, he submitted a selection of songs for Rotterdam DJ Yannick Mortier a.k.a. Pierrot to work his magic on. The concept of the Brainstorm Radio platform: using curated mixtapes to build a bridge between visual artists and what inspires them to create.

What came first in Le Boug Doug, the music or the story?
“It started with a character, Doug. The idea was to have a Euro-gangsta figure. A young guy, kind of lost, living off of small theft. When writing, I discovered SpaceGhostPurpp. His album BLVCKLVND Rvdx 66.6 is one steady stream of music with no stops or pauses. It gave me the perfect ambience to write. I started wondering: what if I produced a film using rappers as actors, to create a musical film within the culture I’m so familiar with? Not the typical Paris suburbs, but the in-between countryland, the little cities. So, the character came first, then came the rap influence.

Rappers get visuals. You can point a camera at them and they do improv, which brings such a natural vibe to anything they do. Then there is Kiala Ogawa, who plays the mystical feminine entity. She is the singer of Kodäma, and is used to playing trip-hop and jazz. Kiala got involved because she wanted to try something different: to sing in a rap production. The soundtrack was written together with the actor-musicians, and OgRask did the production – that was a game changer. It was really radical, which led to an amazing mix of music.” 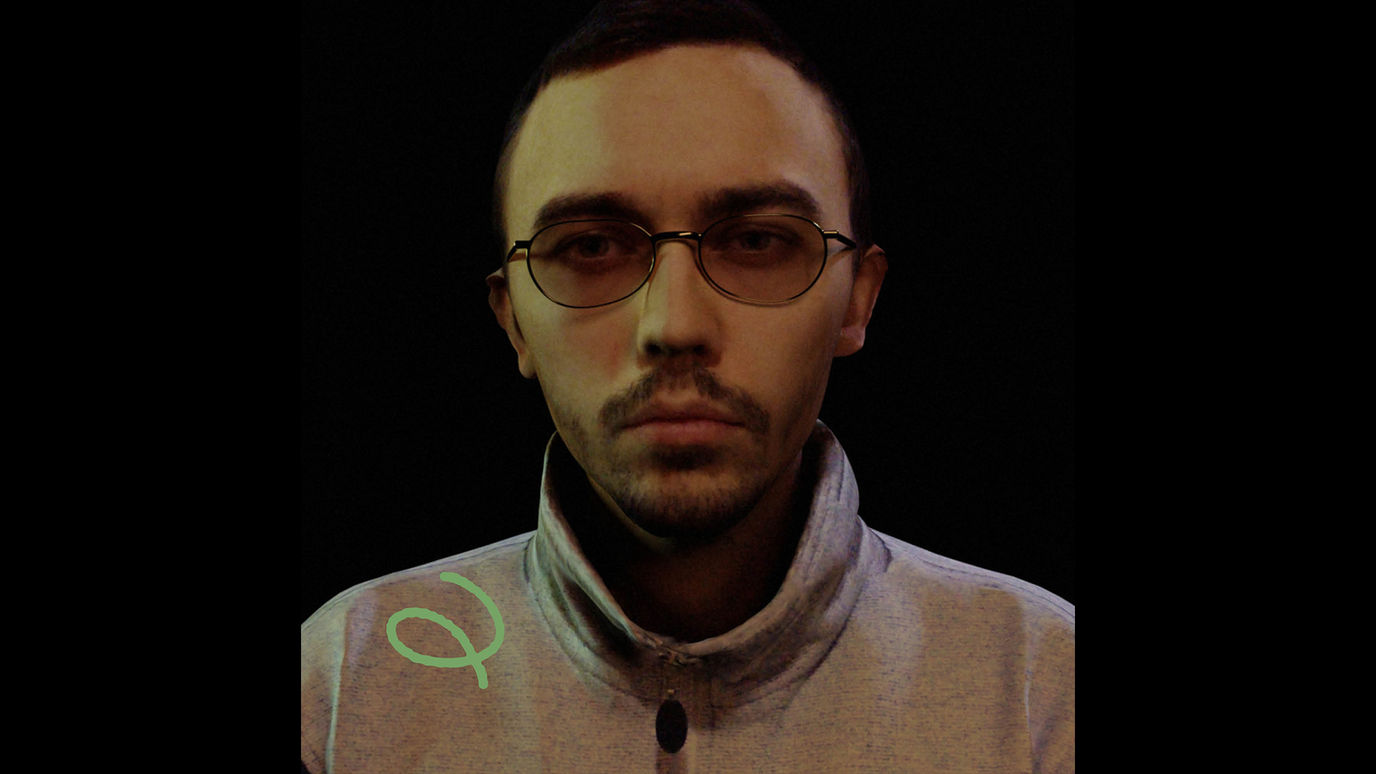 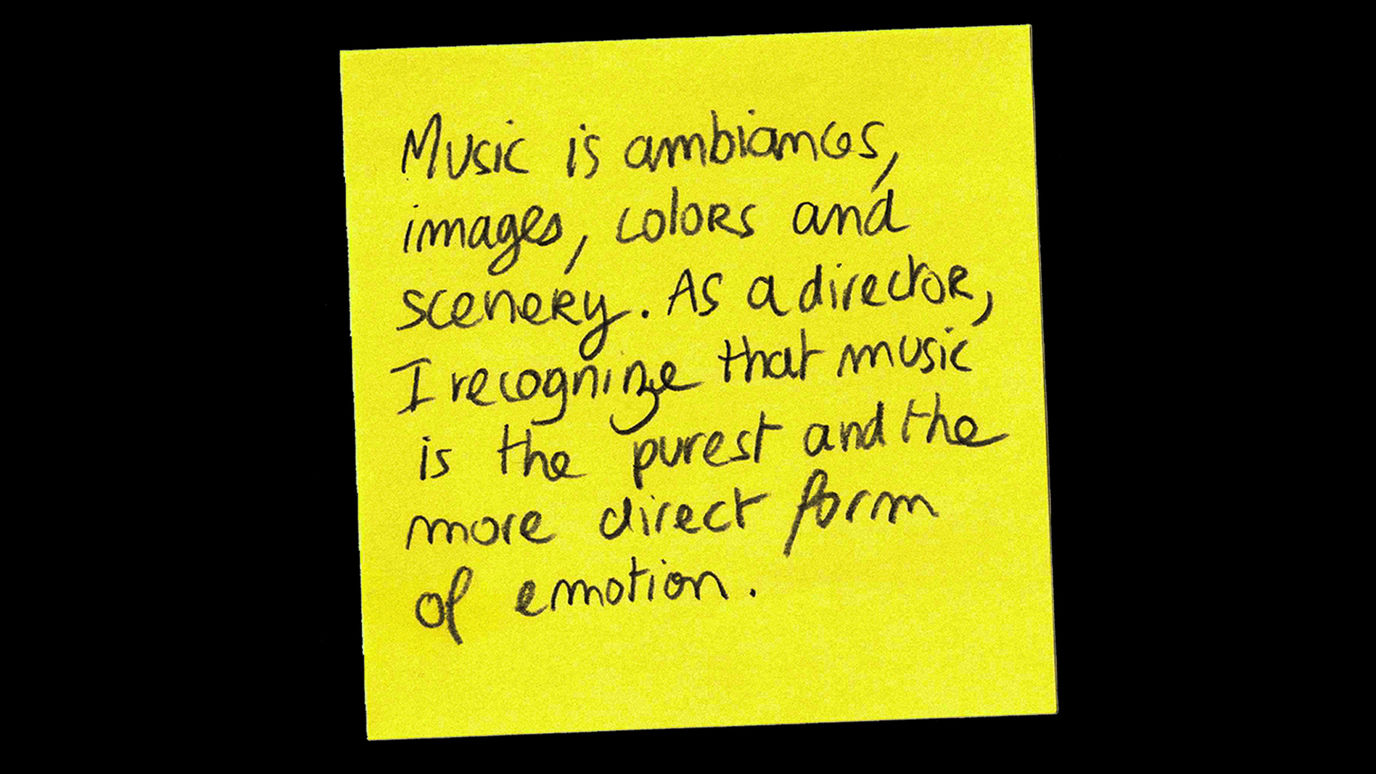 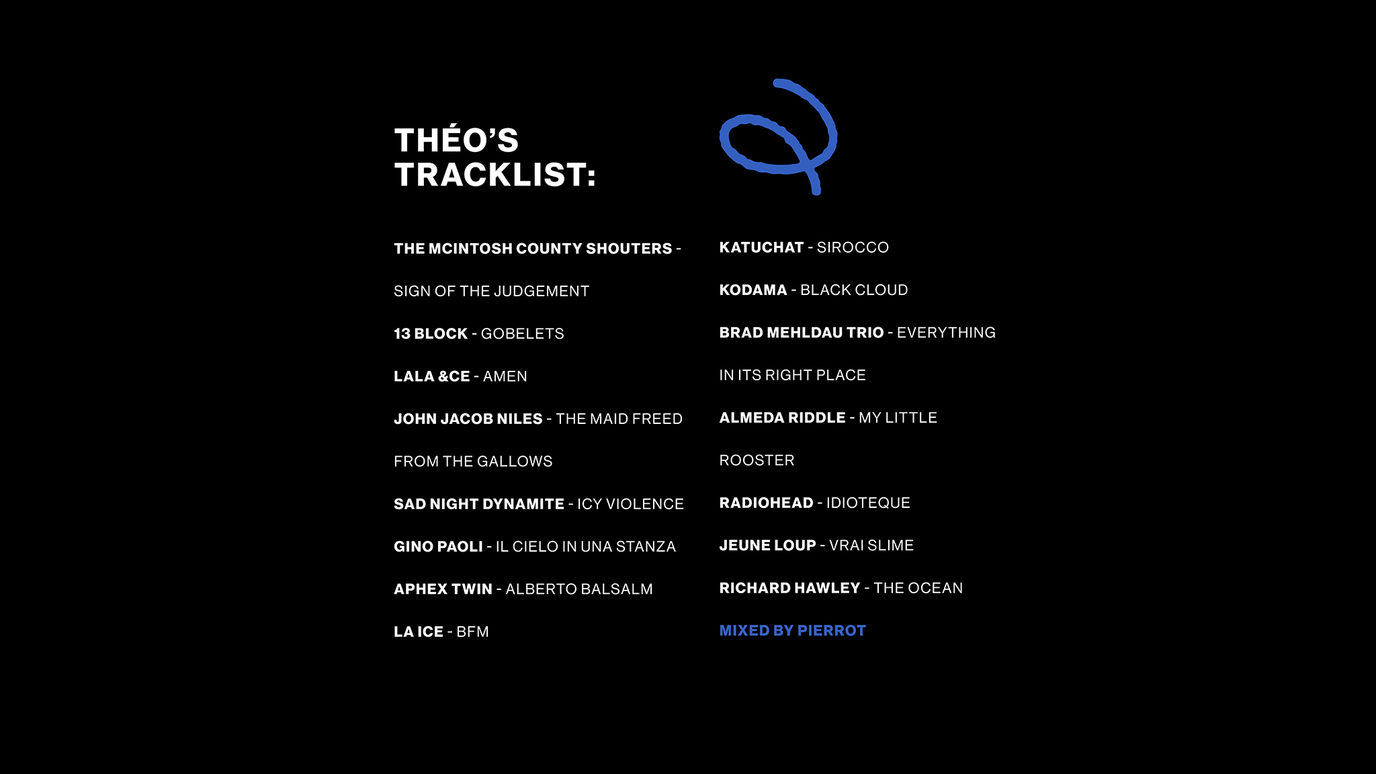 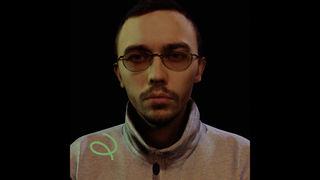 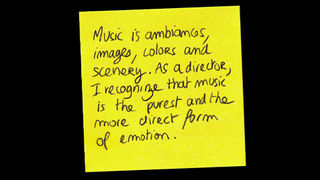 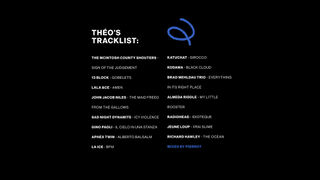 You contributed as well, meaning you’re not just a filmmaker anymore.
“Directing the musical aspect was great. Normally I’d give this job to someone else, but I’ve got close tiesto music. I enjoy building a film, but I also enjoy creating a musical narrative. Same goes for this mixtape.”

Yes, please elaborate! What are we listening to here?
“It’s a collection of songs that are related to phases in my life. The Brad Mehldau cover – Radiohead songs in there represent the rock period in my younger days. Then there’s some rap on the playlist, because that came next, and also songs related to cinema. There’s The McIntosh County Shouters from True Detective season one, because of the relationship with the landscapes, the story and the musical rhyme which touched me a lot. Then there is My Little Rooster from Harmony Korine’s Gummo, which influences literally everything I do.”

A biographical mixtape.
“Absolutely, it’s my biography in music. I also happen to share my life with an Italian woman, hence the Italian influences. A tradition of Sicilian songs, which brings me images in mind I otherwise wouldn’t have dreamed of. Then there is electronic music, like Aphex Twin, and underground rappers like Wall$treet 2VS, who stars in Le Boug Doug. And did you hear the grindcore part? When making my short film Global Terroir, I discovered the band Pulmonary Fibrosis. I understood the melody and vibe. It opened me to music I was unwilling to listen to before.”

What film has the best soundtrack?
“Besides Gummo? That’s hard. Actually, I think Suspiria might be the soundtrack that marked me the most. And recently, I watched American Honey. It was funny, because I was expecting a typical road trip soundtrack with a candy-type of film. Instead it was this super-long film that takes place inside this van full of people that don’t know what to do with their life. That spoke to me, because one of the places I like listening to music the most is in the car.”

Your Brainstorm Radio mixtape comes with a quote: “Music is the purest and more direct form of emotion.” Please explain!
“I love filmmaking, but it’s such a painful process. ‘Doing film is handling loss’, a teacher of mine once said. You start with a script, a fantasy. Then comes the money aspect: you can’t do this, you can’t do that. You try to manage what you can with what you have. Music is so much more direct. I’ve been playing a little guitar. You can play one string and come up with an amazing song.”

The idea is also the product.
“Exactly. You spend 6 months on a film, and when you’re finished you don’t like it anymore. You have to step back for a few months before you can say: OK, this is good, this is what I wanted to do, but it can take up to a year to get there. After making a film, I feel I never want to do this again. I’m tired, out of money, I have to get up at 5 am each day. Then one day later you think: what’s the next project? It’s an amazing process, but it’s very painful – exactly because you put your heart and soul into it.”

And then your film ends up at IFFR.
“Mission accomplished!”

Thank you Théo, enjoy the festival!