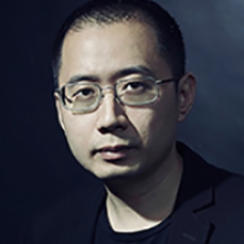 Zhou ZHOU (1984, China) has been the editor-in-chief and film critic of Chinese mainstream film media for many years. His debut film Meili (2017) won the Best Performer Award in the 12th FIRST International Film Festival Master Competition in China and it was selected for a dozen international film festivals, including in Greece, Sweden and Osaka. With his second feature film Only You Alone, he expresses deep concern for the marginal women disadvantaged in Chinese society with inner compassion.