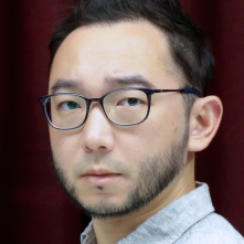 Yu ARAKI (1985, Japan) received his Bachelor of Fine Arts in Sculpture from Washington University in St. Louis and completed his Master of Film and New Media Studies at Tokyo University of the Arts in 2007. He met Daniel Jacoby in 2010 during a residency at Tokyo Wonder Site. Both their works have been highly influenced by their travels. Fiction is often used by them as a tool to comprehend the puzzling cultural and socio-political differences between destinations. Their first film made as a duo was Mountain Plain Mountain (2018). The film won the Ammodo Tiger Short Film Award. In 2019 he was shortlisted for the Future Generation Art Prize.