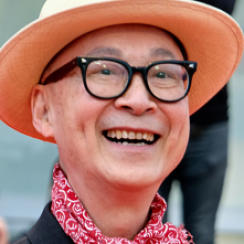 YONFAN (1947, Republic of China) spent most of his childhood in Taiwan before moving to Hong Kong to work as a photographer at the age of 17. After travelling and studying in the United States and Europe, he returned to Hong Kong in 1973 and became a famous photographer noted for his celebrity portraits.

His career as a filmmaker started in 1984 and he quickly gained commercial success with several Hong Kong romances and melodramas while simultaneously launching the careers of Maggie Cheung and Chow Yun-Fat. From the mid-1990s, he steered away from the mainstream market, making internationally praised queer and arthouse cinema. Prince of Tears (2009) was Hong Kong's selection to compete in the Oscar race for Best Foreign Language Film. No.7 Cherry Lane is Yonfan's first animation and won the Best Screenplay Award in Venice.